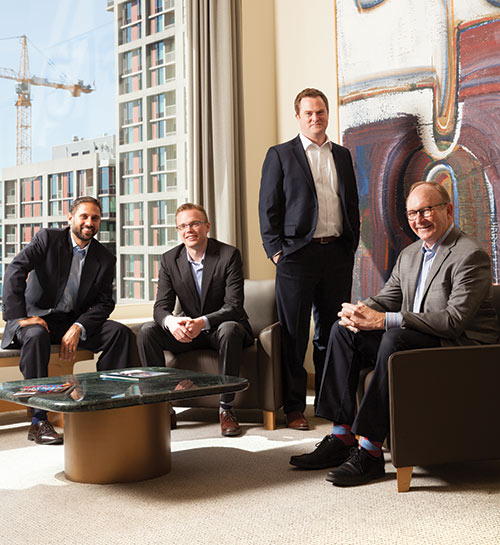 Hillis Clark Martin & Peterson tackled a high-profile pro bono case two years ago, agreeing to represent at no charge an engaged gay couple in Richland. The couple had sued Arlenes Flowers after the shop owner said it would violate her religious beliefs to provide flowers for the couples wedding.

We knew it would demand a fair amount of resources and we knew it would be a long-term commitment, says Michael Scott, a partner in the firm and chair of its litigation group, who helped represent the couple.

Hillis Clark attorneys put in 1,500 hours working on the case, which Scott estimates represents about $500,000 in donated fees. The firm won and the case made headlines for establishing civil rights protections among the LGBT community. The case is now on appeal and the firm continues its pro bono representation.

Clearly, if we devoted the same hours to paying, legal work, we would make more money, says Scott, but we think part of our success as lawyers is to make a significant contribution to the community.