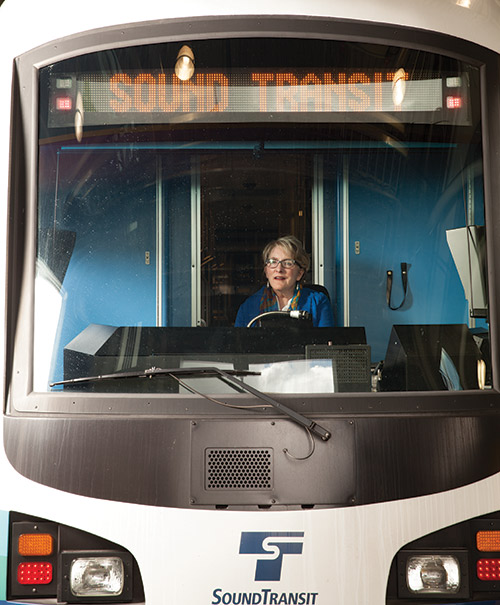 Sound Transit CEO Joni Earl oversees a mass transit system that provides 34 million rides each year in King, Pierce and Snohomish counties. The transit agency is one of only six in the nation to earn the international ISO 14001 certification for its sustainable practices.

When Earl joined Sound Transit, its light-rail project was $1 billion over budget and three years behind schedule. A $500 million federal grant had been pulled because of the agencys cash flow problems.

We showed the feds we could clean up our act and manage the project appropriately, so the grant was reinstated, says Earl. That was the turning point for us.

During her 15-year tenure, Sound Transit has completed nearly 70 capital projects. With Earl retiring next year, light rail to Capitol Hill and the University of Washington will open months ahead of schedule and $150 million under budget. Earl says the light-rail system was her most challenging project and her time will have come full circle when the latest line opens.