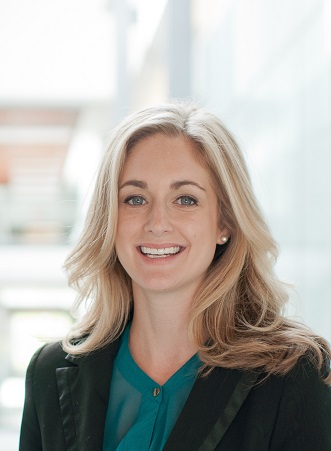 According to the Department of Labor, women currently make up 46 percent of the U.S. workforce. This is a dramatic change from previous decades, and as a result, has brought several unique benefits and challenges to the office environment. Most notably, one of the challenges is that people often treat conflict among women as a problem, rather than seeing it as a natural part of work life.

Age-old stereotypes guide most peoples everyday thinking whether they realize it or not. As we all know, this often leads to the oversimplification of people and situations. In my research I have found that conflict among women is interpreted more negatively by others, perhaps because it violates stereotypes that dictate how women should behave. For example, a common stereotype for women is that they should be warm and nurturing, whereas men are expected to be more independent and assertive.

Competitiveness and conflict between men is often dismissed as boys being boys, but similar behavior among women is often seen as dysfunctional and disruptive. Women who exhibit behavior commonly associated with men are often painted as cold and unlikable. Other women may view their behavior as a violation of sisterhood and may feel threatened, leading to more frequent conflict in the workplace.

Due to stereotypes about womens relationships, co-workers and other third parties at work might be more likely to perceive conflict among women as a personal issue associated with mutual disliking or jealousy, rather than one stemming from professional performance or the task at hand.

The problem with all of this is that when people in organizations conclude that women inherently have difficulty working with one another, they might also believe that women are somehow less capable of dealing with the challenges of organizational life. A side effect of this is the potential reinforcement of the idea that women are not effective in leadership positions because they lack the skills to manage and play nice with others.

One step managers can take to deal with this issue is to become more aware of gender stereotypes and the role they play in perceptions of conflict. Is a legitimate conflict between two women at work being unfairly attributed to cattiness? Would the same conflict between two men be treated differently? Managers will want to do a little digging to accurately identify the key factors causing the issue rather than relying on their own stereotypes or those held by their employees.

The next step in re-construing conflict among women in a more positive way is to help employees recognize that not all conflict at work is bad. Indeed, constructive conflict that focuses on the work can actually improve task performance and improve problem solving quality. When employees challenge their assumption that conflict = strife, this allows reasonable conflict to become normalized, which should equalize perceptions of conflict among females and males.

Of course, some conflict is personal and therefore destructive to people and organizations. In order to reduce the frequency of what we call relationship conflict, managers should create scripts and provide opportunities for conflict resolution training and role play that give employees concrete tips on best practices in conflict. For example, how should you respond to an angry (or passive aggressive) e-mail? (Answer: Dont react quickly. Allow for a cooling off period and then respond in person to prevent misunderstandings). What language should you use when confronting a coworker with whom youre upset? (Answer: Calm and honest but non-accusatory language that focuses on how you feel, not on what your coworker did or didnt do). When should one seek the counsel of his or her superiors during conflict? (Answer: When your attempts to de-escalate the conflict have failed). Note that these strategies do not differ according to gender. If they did, this would serve to highlight gender stereotypes and exacerbate the problem.

Workplace conflict is a natural part of organizational life, regardless of the gender of those involved. It can even be healthy when employees have the skills to handle it successfully.

Leah Sheppard is Assistant Professor in the Department of Management, Information Systems, and Entrepreneurship at Washington State University’s Carson College of Business