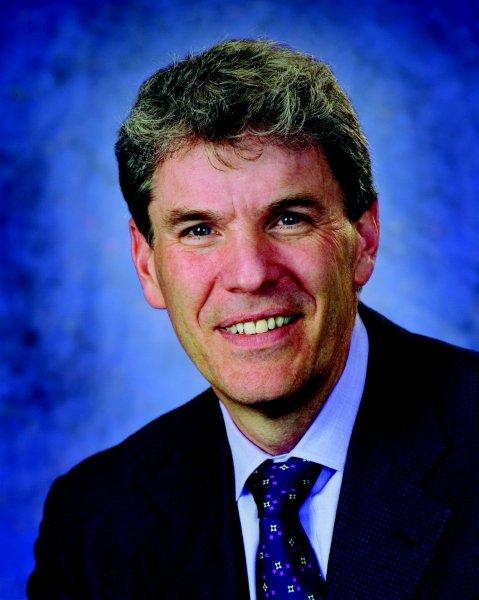 Itron, a Spokane company that serves more than 8,000 utilities around the world with smart grid and other technologies designed to measure and reduce consumption of energy, water and other resources, said today that it drew from its own ranks to appoint Philip Mezey as CEO. In his first conference call with analysts following the announcement, Mezey said Itron has a significant opportunity to take the integrated telecommunications, hardware and software services it is now offering to customers in North America to new customers overseas. The world is moving toward connected systems and intelligence….to maximize resources, modernize the grid and provide for a growing populations, said Mezey. Itron is poised to take advantage of this shift.

Much of Itrons $2.1 billion in revenues today still comes from North America, where regulatory changes drive utilities to upgrade their systems for greater efficiency. Mezey said he would be looking for companies Itron might acquire to broaden its offerings to the 8000 utilities it servces around the world. He said the company would also be more aggressive in establishing strategic partnerships as it did last week when it announced an alliance with Panasonic Corp. of Japan to develop a smart meter platform for Asian markets.

Itron’s official press release on Mezey’s appointment is below:

LIBERTY LAKE, Wash. November 19, 2012 Itron, Inc. (NASDAQ: ITRI) announced today that Philip Mezey has been appointed as the companys president and chief executive officer and named to Itrons board of directors, succeeding LeRoy Nosbaum. Selected by Itrons board of directors following an extensive international search, Mezey will assume his new role January 1, 2013.

In a robust search across the global technology industry, Philip was the right choice to be Itrons CEO, said Jon Eliassen, chairman of the board of directors. Philip has been behind many of the strategic initiatives that brought Itron to the leadership position it enjoys today and understands the technology, innovation and partnerships necessary to drive Itron to its next phase of growth.

Our industry is extending beyond its metering past and present; I truly believe Itron is the company that can define the next phase of this industry, said Mezey. Im honored and excited to lead Itron forward and continue to grow its business around the world.

Mezey became president and chief operating officer for Itrons global Energy segment in March 2011, with responsibility for the operations of Itrons electricity and gas businesses around the world. He has served the company in several capacities including senior vice president and chief operating officer Itron North America, group vice president and general manager, as well as senior vice president for Software Solutions. Upon Itrons acquisition of Silicon Energy in 2003, Mezey joined the company as managing director of Software Development for Itrons Energy Management Solutions group. He joined Silicon Energy in 2000 as vice president, Software Development. Prior to joining Silicon Energy, Mezey was a founding member and served 12 years with Indus, a provider of integrated asset and customer management software.

Mezey also announced that John Holleran will become Itrons executive vice president and chief operating officer to lead the global Energy and Water segments. Holleran will serve as interim president of Itrons global Energy segment. Holleran previously held the positions of Itrons senior vice president, special projects and corporate secretary and was the companys general counsel prior to that appointment. In January 2012, his duties shifted to focus primarily on the implementation of Itrons announced restructuring plans.

Moving John Holleran into the new global chief operating officer role is a great first step in establishing the next chapter for Itron, Mezey said. I look forward to working with John, the board, the senior management team and employees around the world to lead Itron into a new era of growth and success.

Holleran spent 26 years with Boise Cascade Corporation and served in a variety of roles, including 14 years as general counsel. Holleran was also responsible for the companys procurement function, human resources, transportation businesses, governmental affairs and environmental affairs functions. He has extensive experience in mergers and acquisitions and international transactions.

With the new executive leadership established, the board also announced that LeRoy Nosbaum will retire from Itron and the Itron board of directors on December 31, 2012, although he will act in a consulting capacity for at least the next six months. Were thankful to LeRoy for his leadership at Itron as we searched for his successor and the positive influence he has had on our business and our industry over the years, continued Eliassen. We wish him all the best in his retirement.

Itron is a tremendously successful company with outstanding growth potential, and one that Ive had the honor to lead through some very exciting times, said LeRoy Nosbaum. I have full confidence that Philip will work with the full potential of Itrons employees, customers and the board to carry the company to even greater heights.