Hanford plutonium was in the nuclear bomb detonated over Nagasaki, Japan. 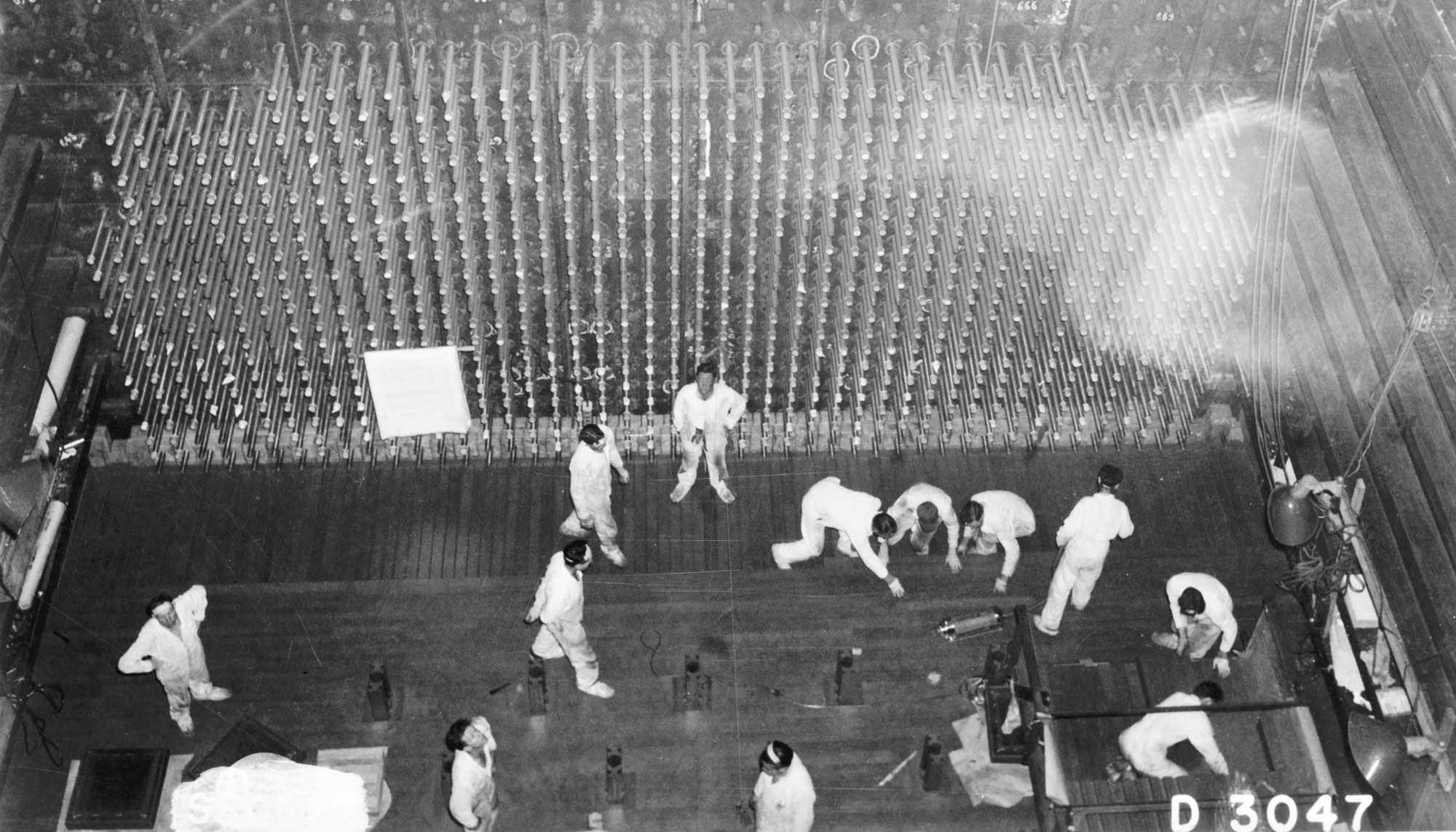 During World War II, the Hanford Engineer Works along the Columbia River near Richland, Washington, produced plutonium for the Manhattan Project. In August 1945, Hanford plutonium was in the nuclear bomb detonated over Nagasaki, Japan.

Two years earlier, the federal government had condemned and seized the property of 1,200 landowners to develop the Hanford site. Still, Richland, which had grown from a town of a few hundred people to a government city of 17,500 by 1945, enthusiastically celebrated Hanfords role in securing Japans surrender. The local newspaper exulted: Peace! Our bomb clinched it! Students at Richland High School voted to change the name of their sports teams from Beavers to Bombers.

These images show Hanfords historic B Reactor complex, image above, in January 1945 and workers applying graphite to the core of the reactor, which went operational in September 1944. An extensive cleanup at Hanford, the most toxic place in America because of leaks from stored radioactive waste, faces an 18 percent spending cut in the Trump administrations proposed budget for 2019. Photo of the B Reactor complex at Hanford Engineer Works. One of the guard towers in January 1944. The River Pump House pump room in January 1945. The pumps supplied water to the area they were in and exported to the water system that ran to the reactors and other areas at the plant. The B River Pump House under construction in March 1944, with the B Power Plant in the background.