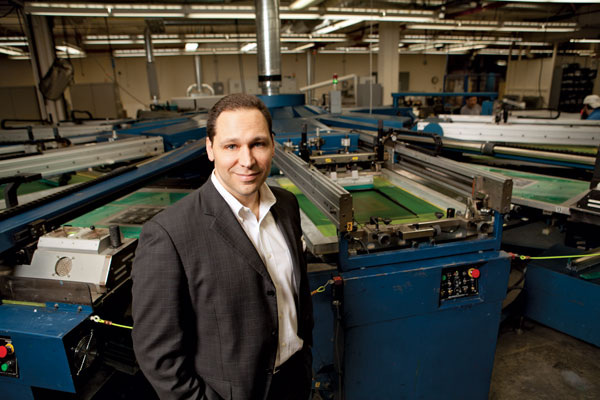 Winner: Brad Root, President & Don Root, Chairman | GM Nameplate, Seattle
Theres been a lot on Brad Roots plate latelymanaging GM Nameplate through a recession, debating the relocation of the business (it decided to stay in Seattle), and, oh yeah, handling the transition of management from his father, Don, who was instrumental in the growth of the company and remains as chairman.

So far, so good. GM Nameplate has more than doubled revenue since 2009. As its name suggests, GM Nameplate makes the labels, graphic overlays, even touchscreens that provide identity and differentiation to products ranging from handheld consumer devices to aircraft. (The GM comes from the surnames of company founders Lester Green and Beale McCulloch.) Customers seem to like what the firm is doing; in the past year alone, GM Nameplate picked up supplier awards from Boeing, John Deere and Physio-Control. To help boost the bottom line, it also has been going after costs and waste; the company estimates that 60 percent of its total waste by weight is reused in other industries. One of the biggest categories, paint, can now be recycled as an alternative fuel. To stay competitive in regulated industries such as automotive and medical, GM Nameplate recently bolstered its quality department. To stay competitive in aerospace, it set up a new manufacturing cell dedicated to that industry.