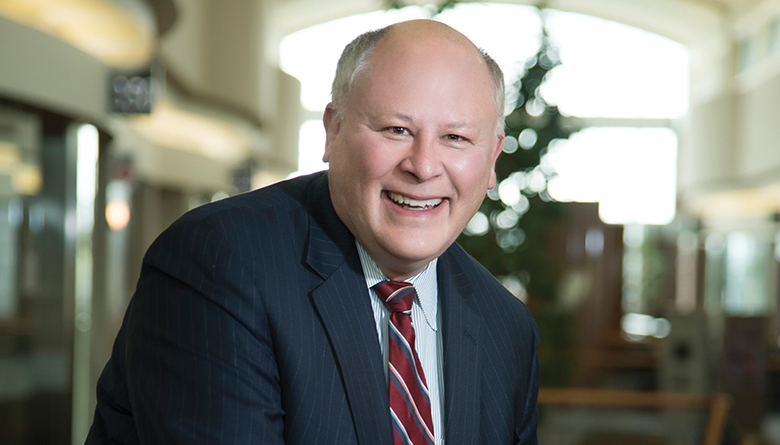 This article appears in print in the March 2019 issue. See more about the winners of the 2019 Leaders in Healthcare Awards here. Click here for a free subscription.

Mark Mantei nearly steered into the financial world before recalculating. From a Michigan small town, the accounting major reflected on two influential people, his dad as a Lutheran pastor who served on a local hospital board and a brother-in-law who was a hospital administrator. They used their business and community skills for social good, Mantei recalls.

A masters degree in health services administration kicked off a career of more than 30 years, and he learned early about the benefits of working closely with physicians. Mantei spent more than 20 years at The Everett Clinic, where he led overall strategic operations and helped grow the clinic from 50 to nearly 500 providers. He saw the value of engaging doctors in health care delivery decisions and efficiencies under an outpatient-oriented, physician-directed system. In 2015, he became CEO of The Vancouver Clinic, an independent physician-owned group practice with 350 multispecialty providers. The southwest Washington medical group, caring for more than 200,000 people, provides integrated patient care by primary providers and specialists.

Mantei oversees projects such as an expansion of the Vancouver Clinics ambulatory surgery center to offer total knee and hip replacements, and a new neighborhood clinic, opening early this year, to serve a high population of fragile, elderly and disabled residents. A holistic approach will have doctors, social workers, nurse case managers, community resources, exercise and nutrition on site. It encourages staying and socializing, Mantei says, because we know people do better if they can socialize, for their health and emotional well-being.

A Washington State University pharmacy graduate, Russ Myers was first a hospital pharmacist while completing a health care administration masters degree. By 1989, Myers was a management analyst at Yakima Valley Memorial Hospital, where he earned a reputation for innovative thinking and hard work. He was named senior vice president in 2011. Since 2014, Myers role as CEO and president proved instrumental as Memorial joined the Virginia Mason Health System. Colleagues credit him with creating a team-oriented, values-based culture. Myers says, I wanted to improve the health care product that we deliver to our community. The [Virginia Mason] affiliation is one of the strategies to do that.