Amazon Spheres Get Their First Resident 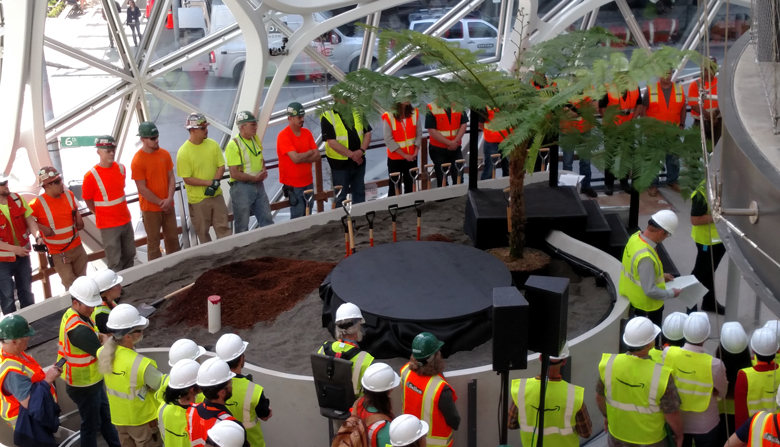 Scheduled to open early next year, the Spheres, situated along Lenora Street between Sixth and Seventh avenues at the heart of Amazon’s burgeoning downtown campus, will give Amazon employees “a place where they can think and work differently in an environment that more closely resembles a park than an office,” according to a news release.

The Spheres will house more than 400 plant species at any given time. Constantine, who occupied a law office in a building across the street in the early 1990s, called the Spheres “an oasis in this hive of activity” that is Amazon’s $4 billion headquarters complex.