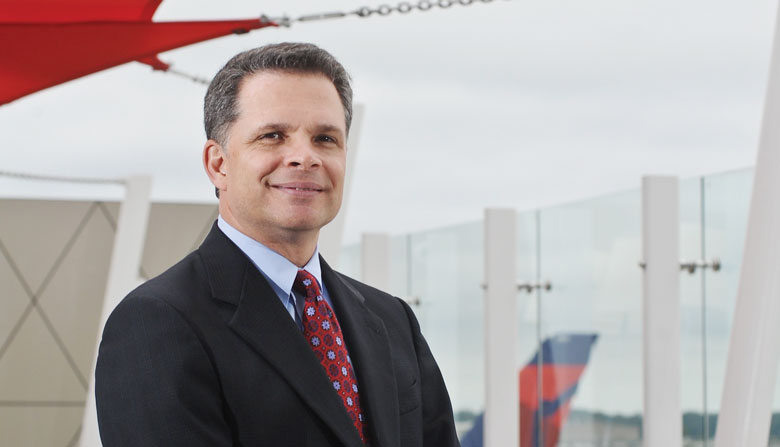 Tell us what your company does and what attracted you to this business.
Delta Air Lines is one of the worlds largest airlines and helps more than 180 million travelers get around the globe each year. Locally, Delta is the largest global carrier at Sea-Tac Airport and we have more than tripled flights and destinations at our Seattle hub since 2012. We opened a 21,000-square-foot Delta Sky Club the third-largest Sky Club in Deltas system situated between Concourses A and B at Sea-Tac Airport, in late 2016. Delta will celebrate several Seattle milestones in 2017, including adding flights to seven new destinations. Additionally, we are excited about the Port of Seattles construction of a new International Arrivals Facility.

Delta people are active members of the Seattle community, giving their time and resources to more than 100 organizations, including Habitat for Humanity, Seattle King County, Boys & Girls Club of King County, PATH, Seattle Theatre Group, Seattle Pride and End AIDS Walk Seattle. We have hired more than 1,000 employees since 2013, and our expansion at Sea-Tac is estimated to contribute $571 million annually in total economic output. In 2016, we paid out more than $53 million in profit sharing to our Seattle employees and committed to contributing 1 percent of Deltas net income from the previous year to key charitable organizations, including those in Seattle.

I have always been attracted to the airline business! I earned a bachelor of science in aviation management and industrial relations from Minnesota State University, which is how I began my career.

Before accepting this position in February as Seattle vice president, I most recently served as president of Delta Vacations, a wholly owned subsidiary of Delta Air Lines. I am thrilled about this opportunity as Delta continues its investment and growth in the Pacific Northwest. Supported by the best team in the industry, I will work to continue Deltas momentum and achieve our strategic objectives for Seattle as Delta embarks on its fifth consecutive year of growth here.

I bought my first home here in the mid-1990s. It has been amazing to watch Seattles growth over the last two decades! Our city is among the most important markets in the country, and Im energized and eager to return after 20 years to continue the momentum Delta established in the region. Together with our local team and partners, we will continue to focus on earning the long-term trust of Pacific Northwest travelers.

What book/TV show/podcast are you reading/watching/listening to and why?
I read a ton of political news! I regularly read a variety of news sources to assemble a balanced and diverse understanding of todays political landscape. House of Cards recently debuted for its fifth season on Netflix. Reality is sometimes stranger than fiction so I love the entertainment spectacle and intrigue of that show.

What’s your favorite spot in Seattle?
My favorite way to experience Seattle is by sharing it with our out-of-town visitors who are discovering the city for the first time. I have a favorite day-trip route that shows off some of the best parts of our region. We start by heading south out of Seattle over the Tacoma Narrows Bridge to Bremerton. We catch the ferry from Bremerton back to Seattle to end the day with dinner downtown.

What kind of car do you drive and why?
I drive a 2011 Ford F-150. The truck is perfect for my lifestyle and family with its overall utility whether running errands or headed on an adventure outside of the city. Two of my favorite memories with truck are when my kids were moving out of the house for college. We were able to move my son and daughter into their dorms with one load each!

Tell us something people dont know about you.
I entered this business 31 years ago with the intention to be a commercial pilot and I do know how to fly. I got my degree in aviation management, so I ultimately chose that career path.

What are you passionate about outside of work?
First and foremost, my family. My wife and I have been together for 24 years. Our kids are both grown now, but were very close. My daughter is 22 years old and my son is 19. One of my other passions is travel! My father instilled the value of exploration throughout my childhood. We made a similar commitment to our kids to use the incredible travel benefits offered by Delta Air Lines to show them the world before they graduated from high school. Our favorite vacations together (so far!) included Tokyo, a safari in South Africa and a cruise through Alaskas Inside Passage.