The Big Questions for Seattle in 2019: Boeing’s New Plane, Amazon’s Next Move and the Fate of Real Estate? 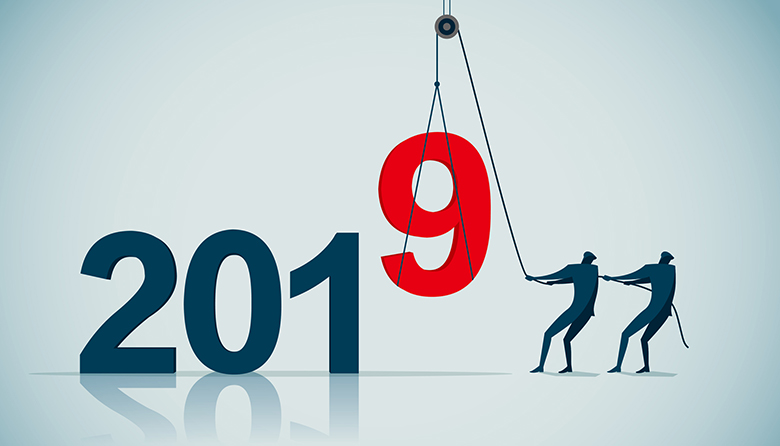 The dominant question on the local business scene for most of 2018 had to do with a too-cutesy bit of corporate coinage that, in the end, even its own creator didnt believe in.

By the time Amazons trolling for tax breaks and incentive deals was done, Where will Amazon put HQ2? had deflated to Huh? as the company selected multiple cities for what Seattles mayor accurately described as branch offices.

But now, the calendar pages have been flipped. Its 2019, and its on to a new set of questions. Every year has them; and 2019 promises some real beauties.

> Will Boeing go ahead with its middle-of-the-market airplane? Conjecture about a new model passenger jet has been going on even longer than speculation about HQ2. Boeing itself has indicated a decision will be forthcoming in 2019, and that its leaning toward going ahead.

If it does, the immediate follow-up question is, Where will that new plane be built? State and local economic development officials are acting as though the first question has been answered, but the second question is an open one. Its a smart strategy to start making the case now that the new plane should be built here, but given the debate over incentives offered to Amazon, the experience and cost of landing or losing other Boeing projects, as well as the international trade cases over Boeing and Airbus subsidies, there will be one nagging question hovering over the debate: How much are you willing to pay to have the plane built here?

One other question: What will Boeing call this new plane? Theres only one more slot left in the 7-dash-7 naming sequence.

>The year wouldnt be complete without a question or 50 about Amazon; its always good for guesses on what new lines of business its looking at, and no doubt 2019 will bring a few breathless reports of that sort. But a more interesting question concerns what Amazon might come up with in a business sector it has already indicated more than a passing interest in: health care. Between the companys own investments and Jeff Bezos partnership with Berkshire Hathaway CEO Warren Buffett and JPMorgan Chase CEO Jamie Dimon to look at ways of cutting costs, is this the year Amazon gets serious about health care? Or will it continue to dabble?

>You thought you were getting a break from election season in 2019? Ha! These days, politics is a constant. This year, the big-ticket election is municipal. No fewer than seven Seattle City Council seats are on the ballot.

The biggest question is not, Who will win? or even, Whos running? For this election in this city, the pivotal question is, Do business and the middle class finally get seriously involved or give up? For all the complaining about the financial and regulatory hassles of living, working and operating a business in the city, as well as governments competence in policy and operations, without an organized and coherent opposition, the outcome is likely to be what Seattle has now. Maybe even more of it.

> Blip, breather, bubble or bust? The numbers say real estate prices have plateaued, maybe even dropped. As the year progresses, well find out if this is a momentary correction, a time for the market to gather itself for its next march skyward, or the onset of a new real estate recession.

We have lots of other questions what is life if not the constant pursuit of answers? Well know what sort of year 2019 was when we get to the end and the answer to any of these questions is not a straightforward yes or no but one prefaced, as with the answer to H2Q, with, Well, that requires a bit of an explanation …