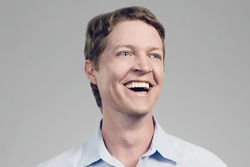 The term gazelle describes the 1 percent of small companies that end up accounting for 10 percent of the nations job growth. Many companies in Seattle fit this description, but these five in particular have the chance of becoming a major presence in our economy. Each has more than 300 employees and is growing so fast, its hard to keep up. They all want to remain independent and are looking at the possibility of going public to protect that status. Most of all, they all have great technology thats being widely embraced.

Bellevue-based Apptio offers software that IT geeks love because it helps them determine the return on investment in information technology. It has built a strong management team, has more than 300 employees and could soon go public. GeekWire, which selected Apptio CEO Sunny Gupta as one of its Newsmakers of the Year for 2012, pointed out that the company last spring raised $50 million in venture funding that valued the company at $600 milliion.

Inrix, like Apptio, insists its in the game for the long term, and also plans an initial public offering. The Kirkland companys partnerships with truck fleets and auto manufacturers around the world and its consumers apps generate real-time traffic information not just for highways but also for city streets, making it a global player in the rapidly growing sector.

Tableau Software, CEO Christian Chabot has long predicted that Tableau would be Seattles next billion-dollar company. The Seattle companys product, which helps clients see the big picture with software that organizes data graphically, has become one of the standard productivity tools across the industry spectrum. Many analysts expect Tableau to go public this year, allowing millions to invest in its spectacular growth. The company has more than 700 employees.

Zulily only launched its retail website in 2010, but it already has more than five million subscribers who turn to the site for more than 1,400 styles of clothing and products. The company, which says its site is for moms, babies and kids, combines
the attraction of daily-deal sites with a large and loyal following. Business Insider recently estimated the companys valuation at $600 million.

Valve Corporation founder Gabe Newell is an innovative game creator and savvy marketer who has built an unusual organization with no firm hierarchy. Last year, Valve began testing its new television-friendly interface, Big Picture, a portal for buying and playing games via its own distribution service, Steam. The Bellevue company has quietly developed a global following in games and is now talking of using its game technology to revolutionize education. When speculation arose late last year about a possible acquisition, analysts valued the company at more than $1 billion.