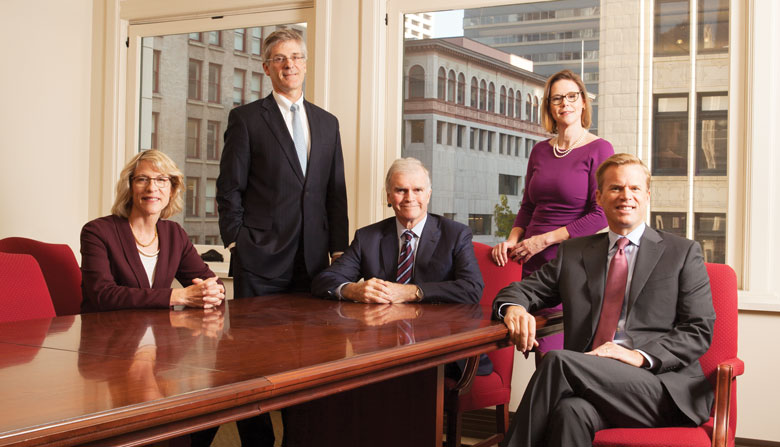 The 2017 Family Business Awards will be held Dec. 7 at the Bell Harbor International Conference Center. Click here for more information and for winners and highlights of the 2016 awards.

Entrepreneur Joshua Green in the late 1880s set out on a long course of business successes for family members after starting in the steamship business. The insurance company he backed became Safeco Corporation.

Joshua Jay Green III, board chairman of Joshua Green Corporation, says his grandfather was a 50 percent partner in a shipping business hauling freight from the Skagit Valley to Seattle. It evolved into the Puget Sound Navigation Companies, a precursor to Washington State Ferries. Greens grandfather sold his interest in the early 1920s and acquired Peoples Savings Bank, later Peoples National Bank, sold in the 1980s to U.S. Bank.

His grandfathers investment in a startup thats now Safeco was sold about 10 years ago, Green says, bringing liquidity that Joshua Green Corporation used to diversify investments. Today, JGC thrives as a privately held investment company. While managing a portfolio of assets, it holds direct interests in many private Northwest companies. JGC also has invested in real estate companies and still owns its namesake building in downtown Seattle at the corner of Fourth Avenue and Pike Street.

Regularly in the office, Green, 81, controls the voting stock in the company and retains decision-making guidance. Regarding investments, he says, We look for strong ongoing management, a history of earnings and products we can understand. We own or we have a significant investment in quite a few companies now. Going back, I was fortunate enough to work with my grandfather as well as my father for a while. My grandfather didnt retire until age 102.

First of all, the family is very community minded, so when we make an investment, we think about the impact it has, McCammon says. More than investing in companies, were investing in employees who are paying mortgages and raising kids here.

McCammon praises Jay Green for strong leadership and thoughtful succession. The companys 90-plus shareholders are all descendants or spouses of descendants of Joshua Green. Jay has been a wonderful steward of the familys assets, McCammon says. Hes devised a system where the company is very well positioned for the future.