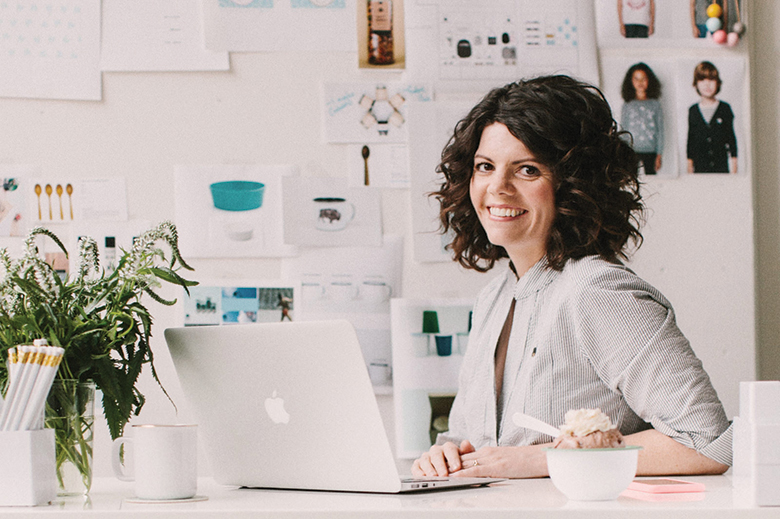 Molly Moon Neitzel anticipated some blowback when she announced in April that her eponymous ice cream company would make payroll visible to all employees. That negative feedback never came.

A few employees asked for more money. In a couple of cases, they got it. But one worker did catch Neitzel off-guard by advocating for a colleague. They saw this other person on the pay sheet and said, I dont think this person makes enough money, says Neitzel, who founded Molly Moons Homemade Ice Cream in Wallingford in 2008. This person has no direct connection, but they were sticking up for someone else in the company. I ended up saying to myself, This person is right.

Neitzel is at the forefront of state and national efforts to tackle systemic pay inequity. Nordstrom Inc. recently announced that it had reached 100% pay equity for employees of all genders and races, and Washington recently became one of just 17 states that bans employers from asking about salary history a move supporters say will prevent pay discrimination and help close the wage gap. The measure is the first update to the states equal pay laws since World War II and protects employees rights to share their pay information with co-workers, regardless of company policy. The U.S. House of Representatives in March passed a similar bill, though the Senate has yet to vote on it.

Its been well-documented that women earn less than men, and while that gap has narrowed over the decades, the numbers still paint a grim picture. A typical white woman working full-time in Washington state makes 77 cents for every dollar a similar man earns, according to the National Womens Law Project. A typical black woman makes 62.4 cents and Latina women earn just 48 cents on the dollar.

That pay gap is rooted in centuries of discrimination against people of color and women, says Maggie Humphreys, Washington state director of MomsRising, a national grassroots organization that works to increase the economic security of families. A lower salary in a first job leads to a lifetime of lesser pay. Pay transparency and eliminating salary history are steps toward changing that.

Julia Buck, a MomsRising member who lives in Seattle, recalls receiving a job offer and having her salary reduced by $10,000 after her employer learned about her pay history. She later discovered that a male colleague with less experience was being paid $7,000 more for doing the same job. The companys human resources department justified the discrepancy by telling her that he had no salary history upon which to base his wage.

Moral and ethical considerations aside, When women earn less, they have less to spend at our main street businesses, says Humphreys, who adds that the ban alone isnt enough to close the wage gap. We need more open conversations, not just with women who are negotiating pay, but also managers. This will take a whole toolbox of policies.

The majority of companies across the United States discourage conversation about wage and salary information and one-quarter explicitly prohibit discussion of wage and salary information under threat of discipline. Only 17% of private companies across the United States practice pay transparency, according to a December 2017 report from the Institute for Womens Policy Research.

Neitzel didnt just wake up one morning and decide to share the pay of all 160 of her employees, from ice-cream scoopers at the companys seven locations to Neitzel herself. She wanted to launch the initiative more than a year ago, but her management team insisted the company first eliminate tips, which skewed wages and created inequities in pay. Simply sharing tips with all employees would have created a bookkeeping nightmare, Neitzel says, adding that tipping is racist in origin. The practice grew in popularity because restaurants and railroad companies, in particular, realized tipping allowed them to pay recently freed slaves lower wages, according to the Ford Foundation. Eliminating tips also creates a predictable stream of income for employees, which has the added benefit of teaching younger workers how to budget and plan for expenses, she says.

Neitzel held one-on-one meetings with each employee to explain the changes. She also held town-hall meetings in person and on Slack, an instant-messaging app. Some employees initially grumbled, but most came around. The company encourages employees concerned about their pay to talk to managers and the human resources department. Salary information resides in a Dropbox folder all employees can access.

Neitzels philosophy was shaped in her first career job as development events coordinator at the University of Washington Department of Medicine, a post she took shortly after graduating from the University of Montana with a bachelors degree in journalism. Since UW is a public institution, employee pay is public record. There were some gender discrepancies, I have to say, she says. But I also saw what others were making, and thought, If I stick to this and learn more, I can have that kind of salary.

Pay transparency can create accountability and trust, but it also can backfire if not implemented thoughtfully and in a manner consistent with a companys culture, says Stacey Engle, president of Seattle-based Fierce Conversations, a training company that teaches corporate clients communication skills. While more companies are warming to the idea a 2016 report by Seattle-based PayScale Inc. found that half of organizations across the U.S. identified pay transparency as an important goal it takes a lot of internal planning. Its not enough to simply roll out a plan because its the right thing to do.
What does transparency mean to your organization? Why do we or dont we want to do this? I think those conversations can be very scary to many leaders and organizations, Engle says. But you have to have those conversations before the decision-making.

Thats exactly what Neitzel did. She encourages leaders at other companies to look at a spreadsheet in a way you would publish to anyone, with an eye toward consistency and a broader organizational philosophy. Are we being fair to all genders, to any employee regardless of race or religion, or any protected class of employees? Thats really the place to start, she says. It might take a long time. Its a process, but a very worthy one.

Neitzel recalls a recent conversation with the chief executive officer of a growing tech company. The mostly male developers and programmers there earned much higher salaries than other company employees. I was encouraging [the CEO] to ask herself, Why is that? Has she made decisions along the way that she could stand behind? Or would it be different if she knew everyone in the company was in this together? My feeling is, the more involved you are in your own accountability, the better your decisions are going to be.

A crew from Vice News doing a story on Neitzels pay-sharing process was so impressed that several of the media sites correspondents voluntarily shared their salaries with one another in an attempt to influence the company to create its own transparency policy. When you have high-end employers like Molly Moon doing this, it encourages others to follow, says Humphreys of MomsRising. It shifts the norms and I hope that other private-sector employers will learn from this.

So, too, does Neitzel, who credits the policy and the longstanding philosophy behind it for the companys low turnover in a retail environment notorious for churning through employees. Were creating steps on the corporate ladder that everyone can see, she says. Everyone knows what the path looks like. Its clearly articulated. It doesnt matter if youre on the bottom rung. You can climb as high as you want.