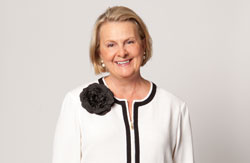 As chief executive at Tacoma-based Columbia Bank, MELANIE DRESSELs biggest challenge used to be competing with the big banks. Today, after a stunning six acquisitions in two years tripled the number of bank branches and more than doubled its assets, her biggest challenge will be convincing customers that Columbia isnt one of those big banks.

When the merger with West Coast Bancorp is completed this quarter, Columbia will become the largest commercial community bank in Washington and Oregon, with $7.2 billion in assets and more than 150 branches. Not bad for a bank that celebrates only its 20th anniversary this year.

Columbia didnt suffer as much as other institutions during the banking crisis because Columbia concentrated on commercial banking. While its portfolio of residential loans didnt fare better than anyone elses, it was a small percentage of the banks total business, which helped minimize damage.

One of my proudest moments and most difficult was when we froze salaries, Dressel says of a move three years ago before the acquisition spree began. We didnt want to announce layoffs, we just really wanted to do what we could to keep ourselves financially strong during a difficult time. And the response I got was rewarding. Everyone said, Tell us what we need to do and well do it.

That response reflects the corporate culture, one that Dressel has cultivated from the banks beginnings in 1993 and one that she continues to foster. One of things we make clear is that [headquarters] isnt the preserver of the culture, Dressel says. It happens in the departments and branches every day. It comes as a result of maintaining a workforce that really cares about the customers and each other.