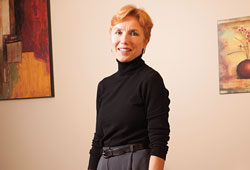 In 1976, the King County Sexual Assault Resource Center (KCSARC) was a radical organization in a climate of silence surrounding sexual assault in the United States. Much like breast cancer, which now receives widespread support and recognition, the issue of sexual assault was met with silence and shame.

I cant overstate how radical a concept this was, says MARY ELLEN STONE, only the second executive director in the organizations 37-year history. People were aghast at the idea and didnt want to talk about [sexual assault], period.

When Stone became executive director in 1979, KCSARC was still a fledgling organization with a budget of about $100,000 and five employees whose goal was mostly to help KCSARC survive and become credible. Stones initial focus was to increase awareness of sexual assault in King County and to stabilize the organizations funding.

Today, KCSARC has come into its own as a widely recognized and reputable organization with support from local and state government and private business. That support has helped KCSARC grow into a stable, private nonprofit with 45 employees. It has also helped push Washington to the forefront of recognizing sexual assault and providing services to prevent and support those who have experienced it. Through public and private funding, KCSARC is able to provide all its services, in English and Spanish, to those in need. Services include response, legal advocacy, therapy and family servicesall free of charge. In 2011, KCSARC provided resources to 2,982 clients and their families.

Im the chief cheerleader, says Stone about her management style. Im the one who is visibly pushing us forward, but I can only do that because I have the most amazing staff. Part of my job is to make sure they have as much resources as they need and stay out of their way.