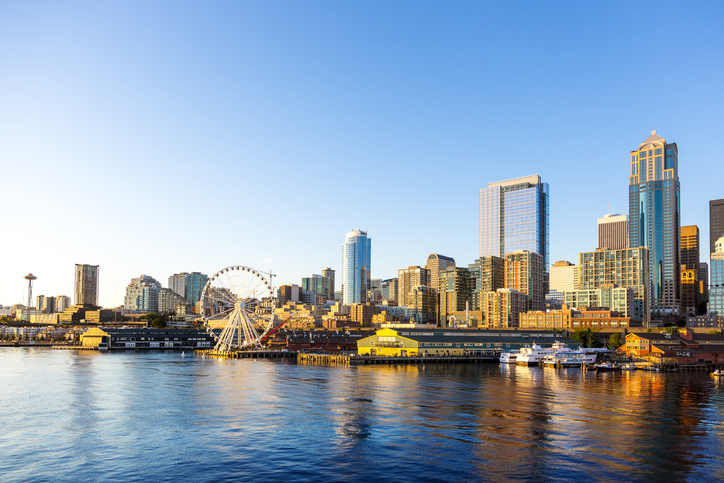 This article is featured in the January issue of Seattle Business magazine. Subscribe here to access the print edition.

One of the enduring even foundational legends about Seattle not just as a place but as a concept is that this is a study city built by entrepreneurs.

From its earliest days of white settlers to the gold rush to the Boeing era to the age of high-tech and now to Amazon, so the saga goes, Seattle became what it is on the strengths of an entrepreneurial climate in which individuals were encouraged to start businesses.

If they failed in their initial endeavor, entrepreneurs could always try again. For the local economys sake, that story needs to be true because were going to be heavily reliant upon it to be so in the coming year.

Covid-19, Boeing and Amazon will continue to grab head-lines in 2021, but the important and overlooked trend will be how well and how fast the entrepreneurial economy rebuilds itself. Nowhere will that be truer than in the sectors hardest hit by the pandemic, including restaurants and entertainment.

While entrepreneurialism is commonly thought of as the province of glitzy high-tech ventures, most businesses start out as small operations with big dreams. Some grow up to be big businesses or chains. Others are content to remain small, or never quite catch the spark that ignites the growth rocket.

Restaurants are a perfect example of the phenomenon. Even the biggest of the big think Starbucks or McDonalds began corporate life as a single shop. With few exceptions, every coffee shop, hamburger stand, teriyaki joint or ethnic eatery started out as someones entrepreneurial dream.

Same deal in the entertainment business. Just about every band, no matter how unskilled or unmusical, just about all comics, no matter how stumbling or successful they turn out to be, began their artistic endeavors as entrepreneurs. Many of the venues in which they launch those careers, no matter how small, humble or even seedy, are someones entrepreneurial vision, too. But unlike a software company or a professional services firm that can do what it does almost anywhere, a restaurant or bar band is limited in where it can do what it does.

Some restaurants have been able to limp along for a few months with takeout and delivery, although for most of those its a stopgap measure at best to bring in a few bucks while fervently hoping for a break. Music acts have been even more limited in what they can do to hang on, since they require audiences before which to perform and packed houses of people are exactly not what is encouraged at the moment.

The results have been as predictable as they have been sad. The once lively restaurant and music scenes have been devastated. Many of those culinary and musical entrepreneurs have lost savings and income, not that they were operating on accumulated wealth and fat margins to start with. The longer the pandemic sticks around, the greater the toll of businesses that will never reopen.

But entrepreneurs are an optimistic lot how else would they find the gumption to take on such a risky endeavor as starting a business and even before the wreckage from this financial disaster has been cleared, theyre hammering and painting and stocking their new ventures into shape, certain they can succeed where others have failed.

Seattle the whole country, really will need a lot of those optimists to get its economy growing again. Growth isnt going to come from big companies which, outside of a handful of tech firms, are taking thousands of jobs off the payrolls, not just temporarily in reaction to the pandemic but permanently to maintain competitiveness.

That leaves it to the entrepreneurial class to pick itself up from the rubble of the coronavirus recession, dust itself off, start all over again and in so doing provide a spark for the rest of the business world. In 2021, thats not a song lyric. Thats an economic recovery plan.