The Truth in Beauty 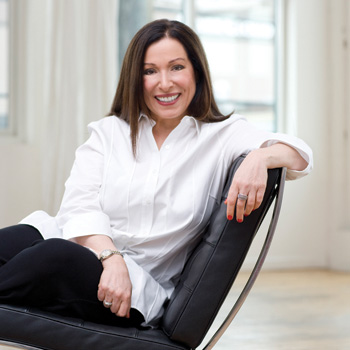 Paula Begoun was fired from her first two jobs because she
refused to sell skin care products that didnt work as advertised.

Angry at the snake oil, miracle cures, fountains of youth
and hope in a bottle spewing from major cosmetics and skin care companies, she
set out to debunk their claims. Her first beauty book, Blue Eye Shadow
Should Be Illegal, was a runaway hit in
1987 that led to 16 other controversial books on the cosmetics industry,
international recognition and, most impressive of all, a $13-million business
thats thriving despite the economic downturn.

Always wanting to be her own boss, Begoun has carved out a
profitable niche as the Ralph Nader of the beauty industry, selling truth and
education rather than magic formulas promising to zap wrinkles or eliminate
acne. Women dont have to buy expensive products to be beautiful, says
Begoun, who regularly dispenses beauty advice on television shows nationwide.

That statement resonates with consumers during good times
and bad, and its helping her Renton company, Paulas Choice, thrive in an
industry thats posting flat or declining sales. Educating women about the ills
of the industry and shining a light on those firms that are getting it right
has helped propel Begoun into an elite group of women entrepreneurs. Fewer than
3 percent of privately-held, women-owned businesses ever make it past $1
million in sales; rarer still are the women who have built their companies past
$10 million, according to the Center for Womens Business Research.

Paula has done a good job educating consumers and has
created a good encyclopedia of products, says Amos Lavian, founder of
Dermelect Cosmeceuticals, a small New York City-based independent skin care
startup that creates products based on ingredients that work well together and
have other beneficial properties, such as antioxidants. Mention her name to
anyone in the beauty industry and they know who she is.

Known as the Cosmetics Cop, Begoun annually reviews
thousands of products from more than 400 cosmetics and skin care companies,
educates women on ingredients and false claims, and offers her best picks in
her annually updated book, Dont Go to the Cosmetics Counter Without Me. She has not endeared herself to many of the worlds
top cosmetics firms, which wont return her calls. But she has been showered
with flowers after those same firms realize that a sudden spike in their sales
has come because Begoun praised their product on Oprah, The View
or Good Morning America.

With thousands of new products being launched each year, Dont
Go has grown to an unwieldy 1,167 pages,
which prompted Begoun to launch an online version in January 2008. Some 26,000
people have subscribed to the electronic edition, which is updated every two
weeks.

Begoun has brought a more educated beauty consumer to the
table via her site, book and TV appearances, says Risi-Leanne Baranja, who
worked on advertising and marketing campaigns for Olay, Procter & Gamble,
and Estee Lauder before launching the Palacinka Beauty Blog. The current
beauty consumer, particularly those over 30 years old, has a lot more knowledge
and opinions now about sunscreen, alpha hydroxy acids, foundations,
conditioners, and what a cleanser can and cant achieve.

In addition to selling more than 2.5 million copies of her
books, Begoun launched her own line in 1995 at the request of consumers. She
bases her product development on her philosophy of skin care and scientific
knowledge of ingredients and prices them reasonably. To sell her Paulas Choice
line, she created an Internet-only store, a daring move back in 1995, rather than
distribute through traditional retail outlets. While helping women choose the
right foundation or lipstick color is often hard with online-only sales, the
strategy has made all the difference during the current recession.

Revenues at Paulas Choice were up 25 percent in 2008, and
are ahead by another 15 percent so far this year, says Begoun. The company,
which has 43 employees, is profitable, runs from cash flow and has no debt.

About 30 percent of the industry is made up of niche
companies like Paulas and thats the only part of the industry thats
growing, says Karen Young, chief executive and founder of Young and
Associates, a marketing, branding and consumer research firm based in New York
City. There are too many stores, too many products and thousands of
fragrances, so consumers are looking outside the mainstream for help.

And tons of help and advice is just what
Begoun offers.