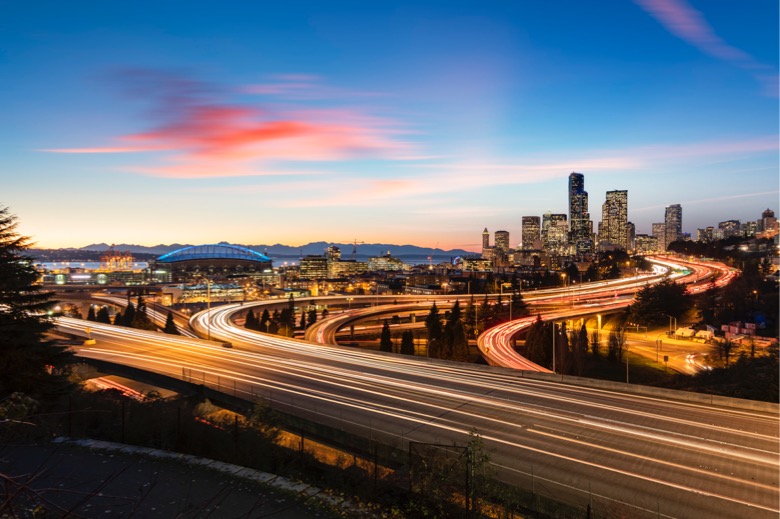 Recent traffic data in greater Seattle shows a steep decline in vehicle activity on city roads in the wake of King Countys March 4 public announcement urging employees to work from home as part of a larger effort to contain the spread of the coronavirus in the state.

The traffic data, provided by auto insurer Metromile, was culled from a random sample of customer trips involving more than 7,500 vehicles and covers the period of Feb. 1 through March 7 of this year. The Metromile data shows that vehicle traffic in Seattle began to decline significantly starting on Wednesday, March 4, the day of the King County announcement down nearly 5% compared with the prior Thursday. Over the next three days (Thursday through Saturday), traffic dropped by about 10% each day, compared to the prior week, reaching the lowest point in at least five weeks on Saturday, March 7. The reduction in Seattle-area vehicle traffic also coincided with announcements by major Seattle-area companies like Amazon and Microsoft, which recommended on Wednesday, March 4, that employees work from home and many other companies with a presence in the Seattle area, including Facebook, have since made similar recommendations. The reach of the coronavirus (COVID-19) has resulted in more than 113,000 confirmed cases worldwide and more than 4,000 deaths a number that changes daily. Amazon on Monday, March 3, only a day prior to the countys announcement, confirmed that one of its employees in downtown Seattle had tested positive for the coronavirus.

In Seattle, F5 Networks closed its 516,000-square-foot office tower in downtown [on Monday, March 2] for in-depth cleaning after it learned an employee came into contact with someone who tested positive for COVID-19, states a Colliers International report on the real estate impact of the coronavirus outbreak. Depending on the spread of the virus, more building closures like this could take place as companies work to ensure health and safety for their employees. … Supply chains are already experiencing disruption as Seattle-based Amazon warns of longer delivery windows for its Prime Now and Amazon Fresh services in addition to halting all non-essential travel, domestically and abroad.

King Countys March 3 announcement also urged area organizations to cancel or postpone gatherings of more than 10 people. All essential King County large group meetings will be canceled through the end of March, King County Executive Dow Constantine said during a press conference. If employees can work from home they should do so..

The county also advised that people over 60 with underlying health conditions and pregnant women remain home. The county will assess its plans weekly to see if these measures need to be adjusted, Constantine said.