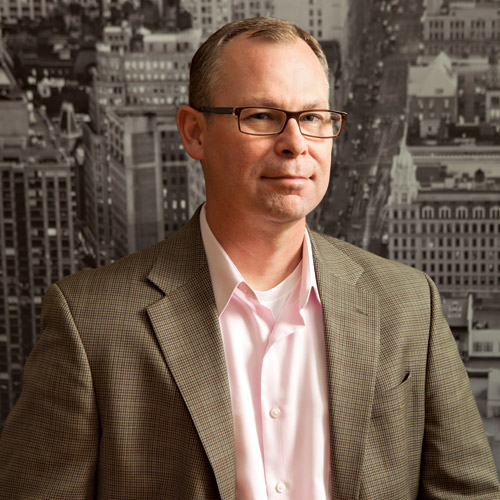 Tucked away in a Pioneer Square building, some of the human machinery of the U.S. governments transparency program hums along, sharing a treasure trove of data with consumers. Providing this service is Socrata Inc., a 4-year-old Seattle startup with just 20 employees.

They sit at computers, surrounded by bare walls in a fourth-floor office, acting as behind-the-scenes wizards of Data.gov, a web address that is also a program aiming at putting server-loads of government information at every consumers fingertips. A variety of buzzwords have been coined to identify this effort, among them Government 2.0, Open Government and eGovernment.

On the local level, this means that a Ballard resident can instantly call up the reports on crimes occurring within a few blocks of his house or the location of bike racks near his favorite movie theaterall because the city of Seattle is using Socratas platform to put its data online quickly and in a consumer-friendly format. Seattle pays Socrata to host the data and translate it into consumer-ready form. The data may go in one end of this pipeline as bare spreadsheetslists and lists and listsand come out the other end organized to display as a map or a graphic table.

Socrata CEO Kevin Merritt was a software architect and director of operations at Microsoft before he left to found Socrata in 2007. He won a $46 million, 5-year contract for Data.gov platform development in October 2010 from the General Services Administration. This single contract represents almost 20 percent of the companys revenue, Merritt says. Socratas other big clients include Medicare and the cities of Chicago and San Francisco. It recently partnered with the government of Kenya on one of the largest open-data projects anywhere, centering on information provided by various Kenyan ministries as well as the World Bank. The World Bank itself is a client, providing access to worldwide information that may allow analysts to reach new economic conclusions.

Socrata is privately held, with venture capital coming from Frazier Technology Ventures and Morgenthaler Ventures. Merritt is bullish on his companys prospects going forward, partly because data sharing can save money. Transparency, he says, isnt a Democratic or Republican issue. Our platform can help [government agencies] to be more efficient.

What began as a top-down request from the Obama administration asking agencies to publish data has morphed into what Merritt sees as a decentralized push in which agency heads discover their own reasons for creating data portals, as when the Environmental Protection Agency wanted to publish data about radiation levels in American milk after the Fukushima reactor meltdowns in Japan.

Seattle paid about $8,000 for its first year of service from Socrataa special one-time offer. Subsequent prices are likely to be higher, but Bill Schrier, the citys chief technology officer, believes it will still fall well below the average cost of one full-time city employee with benefits.

Schrier is one of a half-dozen technology/information officers nationwide hoping to take Gov 2.0 to new heights. By joining with Boston, New York, Los Angeles, San Francisco, Chicago and Washington, D.C., in what they call the G-7 CIOs, he hopes to see standardization in the way cities save their data.

For example, each city may assign numbers to building permits in a different way, with some using six digits and others using 10, or mixing letters and digits. If all the G7 cities adopted the same format, it would mean that consumer dashboards for that information could work across all those cities. And applications written for mobile devices could work across all the cities as well.

Apps are an enormous pressure point in the Gov. 2.0 landscape. One of the selling points of Socratas platform is that it makes writing applications for mobile devices easier for coders. This interface is known as the API, or application programmer interface. Socratas API is called SODA, for Socratic Open Data API.

Applications come in many flavors, such as King Countys popular Metro transit OneBusAway application, which shows when a bus will arrive at the users stop. Developers or coders frequently use public data to create blockbuster consumer applications. Some of these are free and some are sold for download. Schrier hopes to conduct a contest with a prize for great apps that use city of Seattle data. Chicago, New York and Washington, D.C., have already done this.

Because data are not in standard formats among cities and agencies, each individual set of data may require a coder to translate it for a mobile-device audience. That barrier could evaporate as standardization spreads.

Ironically, the data explosion is arriving just in time for taxpayers to find out that their parks are closed due to budget cuts and city/county/federal services are suffering cutbacks. Merritt doesnt see this situation as an obstacle for the data-wrestling business. In June, Socrata published its own analysis of customer use, which showed a steady climb. In fact, San Francisco and Socrata won an international award from Living Labs Global for an innovation that puts city services at the fingertips of San Francisco consumers while eliminating live call center interactions, redundant infrastructure and expensive custom development.

If Merritt has his way, this streamlining of data sharing will dovetail with the shrinking of government budgets in a way that propels Socrata forward. That progress could make Socrata an attractive acquisition target, a possibility that Merritt doesnt dismiss. We have to do whatever is best for our investors, he says. 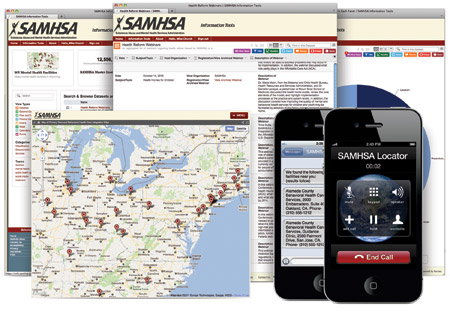 Socratas Open Data Platform enables self-service access to an organizations information through a variety of interactive Web interfaces, including the companys Application Programming Interface (API). This example shows data from the Substance Abuse & Mental Health Services Administration within the U.S. Department of Health and Human Services.