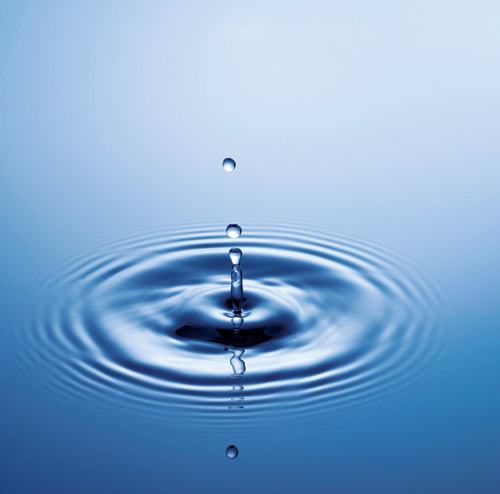 Washington state has a long history of doing things with and to water: collecting and moving it, cleaning it, putting it to work. Hydropower accounts for three-fourths of the electricity produced in this state. Irrigation water makes much of eastern Washingtons agriculture possible. Older companies like Romac Industries, the Bothell maker of water valves and couplings that was a recent Washington Manufacturing Awards honoree, Walla Wallas Nelson Irrigation, Liberty Lake-based Itron and Vancouvers Northwest Pipe each specialize in some aspect of the water industry.

But now theres a new wave of research and endeavor, like the Center for Urban Waters in Tacoma and the state-designated innovation partnership zone it hosts, the State of Washington Water Research Center in Pullman, companies like Bothells HaloSource and Everetts WaterTectonics focusing on water cleanup, and Seattles HydroBee and others using existing water flows to power microgenerators.

Im bullish on it, says Tom Ranken, president and CEO of the CleanTech Alliance Washington, which counts several water-tech businesses as members and has devoted a number of forums to the potential in the water sector. Whether that [new activity] turns into a whole sector with dozens of companies, its premature to make that call. But the companies we have here, they have a chance to do well. And thats certainly the beginning of a sector.

Water has been a neglected space, adds Matt Rose, president of Apana, a Bellingham-based water-use and waste-analytics firm. Most of the attention has been on energy efficiency. We believe the public consciousness is just starting to become aware of how we use water.

The public is certainly waking up to the issue, thanks to the continuing drought in California and the recent declaration by Governor Jay Inslee of a statewide drought emergency in Washington, where conditions are worse than they were in 2005, when the last statewide drought was declared. Consequently, theres considerable interest in and development work on building water-tech clusters. The U.S. Environmental Protection Agency has compiled a map of concentrations of commercial and research activities related to water. It lists 14 around the country. One is the Clean Urban Water Technology Innovation Partnership Zone, or IPZ, in Tacoma.

This new interest in clusters and partnership zones is not limited to the United States. Sarbjit Nahal, an equity strategist for Merrill Lynch in London and a speaker at one of the CleanTech Alliances recent events, wrote a 133-page research report on what he terms the blue revolution.

Growing demands on limited supplies will make fresh water the oil of the 21st century, Nahal writes. That realization will result in massive amounts of capital flowing into technologies for treating, managing, moving and using water.
Investors, Nahal asserts, need to go blue.

Perceived potential of that sort is what businesses like Apana, with experience in several pertinent technologies, believe theyre in a position to capitalize on.

Apana got its start as Hydro-Care International. It later adopted the name Kirkland Analytics, which built wastewater treatment systems for commercial and industrial buildings too distant to connect to a municipal sewer system or situated in places where installing connection pipe is too expensive, such as through lava rock. Costcos operations in Mexico have been a major customer, hence the nod to Costcos house brand, Kirkland.

As the company, recently renamed Apana, increased automation in its systems and installed sensors, it began noticing signs of wasted water in those buildings. Water is out of sight, out of mind, Rose explains. There are hundreds of failure points in every building. Theyre in the walls, in equipment. They fail a lot. Apana began building systems to detect what Rose calls waste signatures, such as a faucet left on or a valve that fails to close. This information is sent to the cloud and analyzed, and Apana reports specific information back to the front lines for action.

Rose says Apanas system can cut water use by 20 percent, a number likely to attract attention from places like California, where businesses face pressure to reduce both usage and cost. Adding to the appeal: Apanas services have won approval for rebates from water authorities.

A lot of the gains in water capacity will come from reducing use and waste, Rose believes. But where the electric utility industry added capacity to meet rising demand through conservation, Rose notes the water industry cant do the same. In energy, he says, if you need more electricity, you can add another generator. In water, you cant just add another generator and create more water. We manage water like inventory.

Some of the contributions to the emerging water cluster come from private-sector companies like WaterTectonics, also a recent Washington Manufacturing Awards recipient, and HaloSource, profiled in Seattle Business most recently in May 2013. Others emerge from partnerships between organizations like PATH, the Seattle-based provider of global health innovations, and Mountain Safety Research (MSR), a unit of Cascade Designs. PATH and MSR recently introduced the Community Chlorine Maker, a new water treatment device for use in low-income regions.

And then there are consortiums of academic, government and private entities like Tacomas three-year-old Urban Clean Water Technology IPZ, whose members includes the City of Tacoma, the Port of Tacoma, the University of WashingtonTacoma and Washington State Universitys Puyallup Research and Extension Center. The partnership evolved from expansive and expensive efforts to clean up Commencement Bay and the Thea Foss Waterway as well as the realization that cleaning it up is not the end of the story, according to Joel Baker, a professor at UWTacoma and science director at the Center for Urban Waters. At last falls Wellspring water conference in Tacoma, Baker said, Keeping it clean is at least as big a problem as cleaning it up in the first place.

The IPZs stated goals include recruiting, retaining and expanding organizations, businesses and jobs. While the zone has scored grants for research projects, equipment and facilities, actual economic development has been slower to materialize. The IPZs annual report notes that the Economic Development Board for TacomaPierce County has built a database of 750 companies, with 50 picked from that group for recruitment.

Getting companies to locate in the zone has been hamstrung by the recession and budget crunches for public water and wastewater treatment systems, the largest customer group in the sector, the IPZ report notes. Many companies downsized or went out of business during this prolonged period of sales decline, the report states, so adding production capacity in new locations isnt a high priority until the market gets healthier.

If Tacoma wants the zone to grow, the report adds, the region has more work to do in articulating how our assets are unique and compelling for a company to actually establish operations here.

Meanwhile, as water industry executives and institutional leaders talk about the possibilities of creating a bigger regional or statewide cluster, it remains a fragmented and semi-organized affair. Theres no specific water-tech organization or association yet; its more like relatives who dont get together that often. We all address a different space or different problem, Rose says. We know each other to some degree.

Success in establishing viable, growing clusters isnt assured even if the region and the state do put more effort into it. There have been failures already. Hydrovolts, a Seattle company developing generators that worked off existing flows like irrigation canals and industrial waterfalls, appears to be dormant. And other corners of the world where scarcity and security pose more compelling reasons for being concerned about water use places like Israel and Singapore are farther along.

Nevertheless, the belief that clusters can spur innovation, accelerate the development of new technologies and streamline the adoption of these technologies seems sufficient to create a rising tide of interest in making the Puget Sound region a place where water not only provides beauty and sustenance, but also makes a powerful economic statement.

1. Washington has the basic ingredients and activities of a cluster. It doesnt have to invent them from scratch, as is often the case when economic development dreams turn to creation of an industry cluster. Laura Shenkar, principal with Artemis Water Strategy in the Bay Area and a speaker at one of the CleanTech Alliances events, says Washington has plenty of embedded expertise still to tap, such as the need for and use of water in industrial applications like aerospace.

2. Washington has a good track record of developing clusters, whether by design or happenstance. Think aerospace and boatbuilding. Software and biotech. Retailing and tree fruit.

3. No single region in the world is way ahead of the others. As yet, theres no Silicon Valley of water tech. Washington still has the time and opportunity to establish itself.

4. The opportunities are enormous. Merrill Lynchs Sarbjit Nahal suggests the United States water market alone, at $600 billion today, could become a trillion-dollar market by 2020. The immediate opportunities, he adds, are in countries allowing more private-sector involvement in water, big data, smart metering and more efficient use of water in food production (known as more crop per drop). The potential payoffs for water users are big, too, not so much in the basic commodity as in the energy consumed to transport it. Says Shenkar, Water is very cheap but the energy used around it is expensive.

5. The need for water tech isnt going to go away. Barring the miraculous emergence of a technology that produces abundant water cheaply Washington is not a big player yet in desalination, a technology that works but needs huge amounts of energy input the need for water tech is lasting. There are a lot of opportunities for lots of different players, Shenkar says. Clearly, were going to be spending more money to accomplish the same things with water because were running out of it.

Location: A contiguous area of about 121 acres in Tacoma bordered by the Thea Foss Waterway on the west, Commencement Bay on the north, the Middle Waterway and a right of way on the east, and East 15th Street on the south. Satellite sites incorporate the locations of the University of WashingtonTacoma in Tacomas central business district and the Washington State University Puyallup Research and Extension Center.

Anchor: The Center for Urban Waters, a 51,000-square-foot office and laboratory building housing City of Tacoma Environmental Services labs and offices, University of WashingtonTacoma researchers and the Puget Sound Partnership.