Seattle’s Cray Inc. Is a Fast Act to Catch in the Supercomputing Arena

The legacy tech company remains at the forefront of supercomputing globally 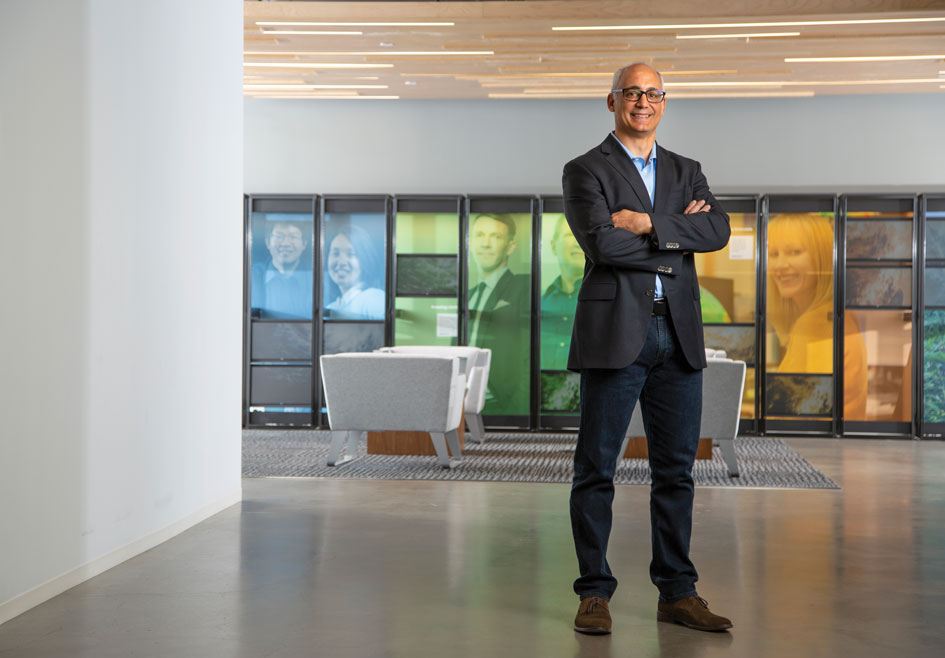 Its been a busy year at Cray Inc.

First, the Seattle supercomputer maker and Intel Corp. in March announced details of a $500 million contract to deliver a new supercomputer, called Aurora, to the U.S. Department of Energys Argonne National Laboratory in metro Chicago. A month later, Cray landed a competitive $600 million contract to develop for the Oak Ridge National Laboratory in Tennessee the fastest computer the company has ever built.

Then came perhaps the biggest news: The company in mid-May said it had inked a deal to be acquired by tech powerhouse Hewlett Packard Enterprise for $35 per share in cash a deal valued at $1.3 billion that is slated to close by the end of January next year.

For Cray, its just another step in a long journey that began in 1972, when the company was founded in Minneapolis by Seymour Cray. Just four years later, the first Cray-1 system, the worlds fastest computer at the time, was set up at the Department of Energys (DOE’s) Los Alamos National Laboratory in New Mexico at a cost of $8.8 million.

More than four decades later, Cray Inc. Chief Executive Officer Peter Ungaro is leading the company into what he calls the exascale era, which refers to computers that can solve problems at a quintillion calculations each second.

Crays newest supercomputer, dubbed the Frontier, is slated for delivery to Oak Ridge National Laboratory in 2021. It will be based on Crays new Shasta supercomputer architecture and will utilize central and graphics processing units from Advanced Micro Devices Inc., which is Crays partner on the contract. Oak Ridge scientists will use the system to propel advances in science, energy assurance, economic competitiveness and to help bolster national security.

We really believe that theres this new era of computing, and its really driven by the growth in data thats happening out there, Ungaro says. Its not just science companies that are dealing with digital transformation and artificial intelligence. We really believe that these technologies that were developing for these exascale systems will be used and available to all enterprises, whether theyre large or small firms.

SHASTA POWER. Cray’s Frontier supercomputer, based on its new Shasta architecture, will be the fastest computer the company has ever built. Courtesy of Cray

Exascale systems more realistically simulate processes involved in precision medicine, regional climate, additive manufacturing, the conversion of plants to biofuels, the relationship between energy and water use, the unseen physics in materials discovery and design, the fundamental forces of the universe, and much more, according to the Exascale Computing Project.

Crays ability to develop those systems is what attracted Hewlett Packard Enterprise, or HPE, a multinational technology company based in San Jose, California. HPE recorded net income of $419 million on revenue of $7.2 billion for its fiscal 2019 second quarter ended April 30. HPE employs some 60,000 people. Cray employs more than 1,300 worldwide, including about 120 at its Seattle headquarters with engineering facilities in Minnesota, Washington, Wisconsin, Texas and California as well as a manufacturing facility in Wisconsin.

Cray plans to hire more workers for the new projects, especially research and development specialists. Ungaro will lead the combined business for HPE. Cray will remain in Seattle.

In all our discussions with them, the senior leadership of HPE was very clear in describing this acquisition as an expansion strategy, Ungaro wrote in a letter to Cray employees. The combination of Cray and HPE creates an industry leader in the HPC [high-performance computing] market, with many opportunities to leverage their breadth, scale, technologies and new paths to market to do things that neither one of us can do on our own.

Hewlett Packard expects the segment of the data-storage and services market it serves to grow from $28 billion in 2018 to $35 billion in 2021. Exascale computing is an expanding segment of that market, according to the company, with some $4 billion in projected exascale opportunities expected to be awarded over the next five years.

Answers to some of societys most pressing challenges are buried in massive amounts of data, says Antonio Neri, Hewlett Packard Enterprises president and CEO. Only by processing and analyzing this data will we be able to unlock the answers to critical challenges across medicine, climate change, space and more.

Ungaro recently told analysts that the Frontier system will be more powerful than the 160 fastest supercomputers in the world on the current top 500 list, combined. He adds, however, that the Cray Shasta infrastructure is very scalable and can offer potential customers in the private sector similar exascale computation speeds through a smaller setup, depending on the volume of data a company needs to analyze. THE CRAY-1. The first Cray supercomputer (pictured) was installed at Los Alamos National Laboratoy in 1976 at a cost of $8.8 million. Courtesy of Cray

This system is like a really big-size refrigerator, those extra-wide refrigerators, and think about over a hundred of those [cabinets] spread across almost two basketball courts and weighing a million pounds, or lets say 35 school buses of weight, Ungaro says. Its really about taking these technologies that were developing for the exascale era and delivering them not only to national laboratories, but to Fortune 500 and [other] companies all over the world. You can get the same technologies in a single, small 19-inch air-cooled rack [or configuration] all the way up to hundreds of these liquid-cooled, high-density cabinets.

The Aurora system, slated for delivery to Argonne in 2021, also will offer exaflop-performance capability. Crays manufacturing facilities are located in Chippewa Falls, Wisconsin. This is another major win for Cray and means that in 2021 Americas top two supercomputers and most powerful entries in the global exascale race will use the Cray Shasta architecture, says Steve Conway, Hyperion Research senior vice president of research.

In addition, last October, Cray inked a deal to deliver a pre-exascale system to the DOEs National Energy Research Scientific Computing Center at the Lawrence Berkeley National Laboratory as part of a contract valued at $146 million. That is scheduled for delivery in 2020.

Ungaro adds that Cray is excited that the three largest national laboratories for the Office of Science within the DOE are all going to have systems based on Crays Shasta infrastructure.

U.S. Secretary of Energy Rick Perry says Crays innovations in supercomputing will help to improve the lives and economic prosperity of all Americans and the entire world.

Perry adds: Frontier will accelerate innovation in AI [artificial intelligence] by giving American researchers world-class data and computing resources to ensure the next great inventions are made in the United States.”

We continue to expect 2019 to be a transition year as we do not plan to begin shipping Shasta systems until the end of the year, Ungaro says, in framing the financial results. However, with growing momentum and continued execution, we are well-positioned to expand on our market leadership position and deliver strong long-term growth.