This Seattle Startup Is Developing AI Technology that Works for Smartphones

What it means for industry is that now you can actually make many, many more devices around you way smarter than they are right now. 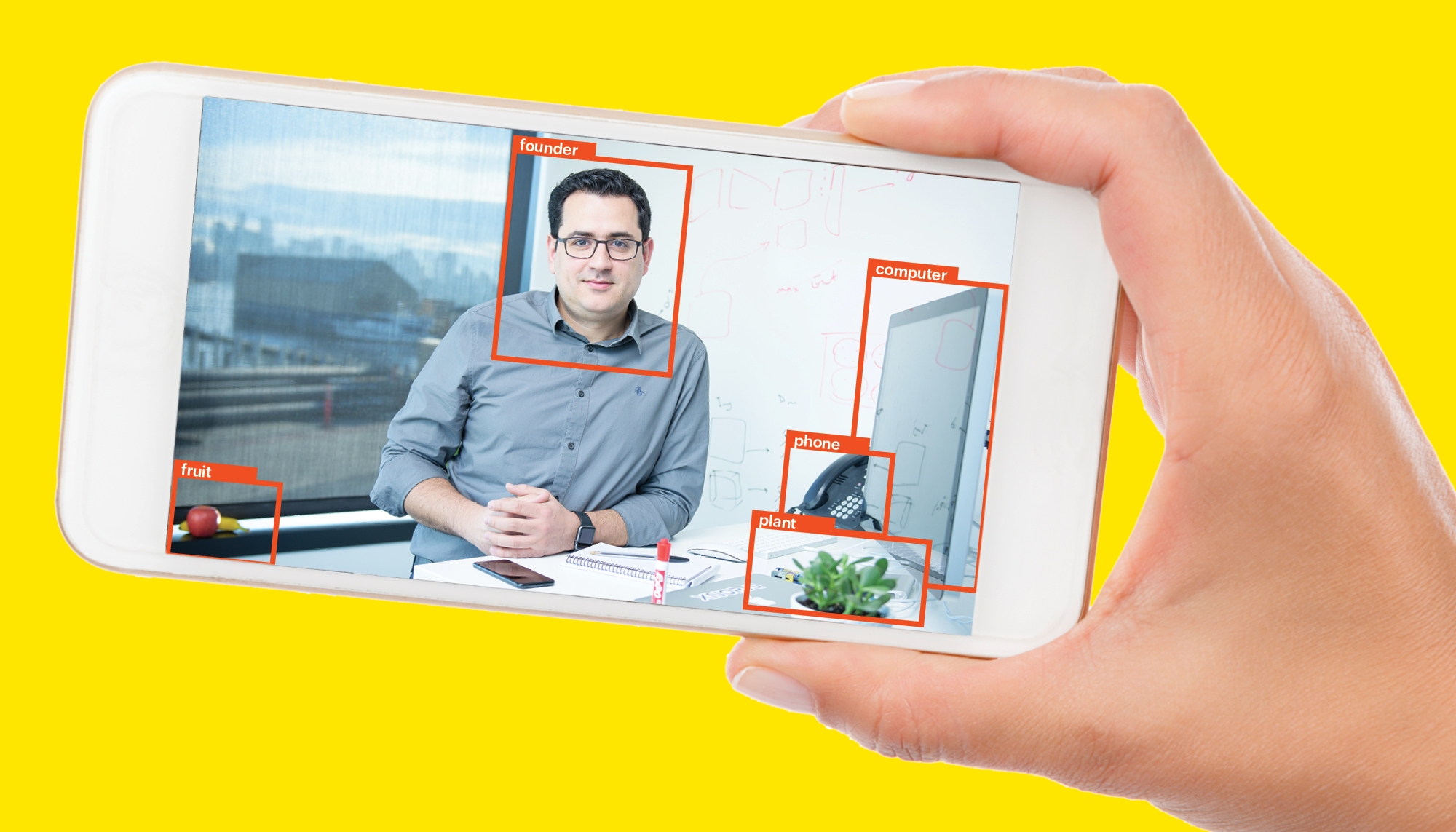 OFFICIAL RECOGNITION: Xnor.ai delivers artificial intelligence that allows smartphones and other devices to detect objects, for example, and people (such as Ali Farhadi, above). Photo by John Vicory. Illustration by Lori Kelley.

Two years ago, Ali Farhadi, an associate professor of computer science and engineering at the University of Washington, noticed a problem with artificial intelligence: While AI programs were growing increasingly demanding of computing resources, the devices people use smartphones, tablets, cameras, wearable devices are limited in those resources.

Farhadi and a colleague at the Allen Institute for Artificial Intelligence, Mohammed Rastegari, devised a way to shrink the resource requirements of AI by changing how algorithms are processed.

Ordinary AI processing, Farhadi explains, involves algorithms that perform billions of operations between floating-point numbers. Instead of doing multiplication and addition between two floating-point numbers which would consume 32 bits we approximate those numbers with only one bit, Farhadi says. Farhadi and Rastegari found that the simplified algorithms didnt sacrifice much accuracy.

When the findings were published, Farhadi and Rastegari were inundated with email messages. People wanted to know How to use the technology, what the licensing model was and whether there was a software development kit, Farhadi says.

While initially reluctant to start a company, in early 2017 they founded Seattle-based Xnor.ai with $2.6 million of seed funding from Madrona Venture Group and the Allen Institute for Artificial Intelligence.

What it means for industry is that now you can actually make many, many more devices around you way smarter than they are right now, notes Farhadi. You dont need to change anything just deploy the algorithm to the device.

AI apps developed using Xnor.ai can deliver such capabilities as image object detection, image analysis, speech recognition and natural language analysis, with processing taking place on the device itself rather than requiring a connection to a server. That means both faster processing and the ability to work without a network connection.

Xnor.ai has expanded from six employees to 15 in the past year and is continuing to grow rapidly. We are cash-flow-positive, despite the fact weve only been around nine to 10 months, Farhadi says. The market is hungry for this.