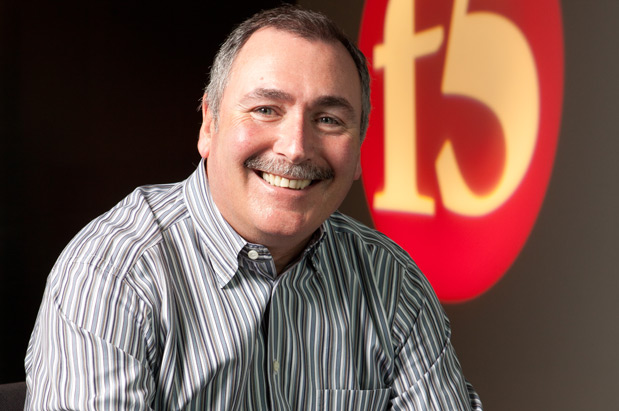 F5 Networks was named for the most powerful tornado measurement on the Fujita Scale, and since its founding in 1996, this maker of internet traffic management equipment has reaped the whirlwind. Its application delivery controllers, or ADCs, may be invisible to most, but management of traffic between services is essential to the operation and growth of large data centers. Without them, the now-ubiquitous cloud would only be vapor. F5 has survived the tech industrys stormy weather, adapting from an appliance-based business to include virtual services, becoming a steady market leader that serves global enterprises like AT&T and 44 of the Fortune 50 companies. Successfully going head to head with giant rival Cisco Systems, F5 has grown to 2,800 employees in 59 countries, with more than $1 billion in annual revenues.

The man who has led the charge is Scotsman John McAdam. When McAdam became president and CEO of F5 in July 2000, the company was in disarray. Demand for its product had dried up after the dot-com bust and its stock price plummeted from a high of $160 to less than $10. McAdam righted the ship and has steered F5 to a point where it has become one of the brightest lights in the Seattle tech scene. Robust hiring continues as McAdam looks for growth to continue at a rate of 20 percent. Yes, we said 20 percent growth. The whirlwind continues.