Entrepreneurs of the Year: Emerging Sciences 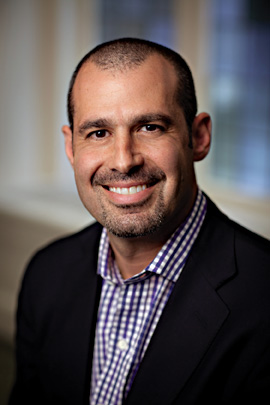 Mitchell Gold traces his lifelong commitment to treating and curing cancer to his mother, who lost her battle with metastatic breast cancer when she was 26 and her son was only 5. She would be proud: As CEO of Seattle-based Dendreon, Gold has spearheaded the creation of a new class of therapies, called active or autologous cellular immunotherapies (ACI), designed to deploy the patients immune system to fight cancer.

Gold has transformed Dendreon from a research entity into a company with a marketed drug and a pipeline, starting with Provenge, a monthlong treatment alternative to chemotherapywithout the harsh side effects and long hospital staysfor patients with advanced prostate cancer. After 15 years of research, development and clinical trials, Provenge received FDA approval in 2010. The impact could be enormous. Prostate cancer is the second-most-common cancer in American men and the second-leading cause of cancer-related deaths in men. The American Cancer Society estimates that more than 200,000 new cases are diagnosed each year.

Equally significant: The ACI platform can be applied to numerous cancerous tumors. The company plans to introduce new product candidates shortly, starting with a product for bladder cancer slated to begin trials later this year.

A persevering chemist, Jim Mothersbaugh toiled for nine years to create a method to treat water contaminated in industrial processes. Today, his company, WaterTectonics, designs, manufactures and implements water-treatment systems that remove more pollutants more quickly than any competing technologyand at a fraction of the cost. Even with no venture capital behind it, the company is debt free, has never lost money in any of its 12 years and commits 10 percent of its annual profits toward the improvement of water quality in Third World countries.

By any measure, Ryo Kubota has taken extraordinary steps to provide outstanding vision care to his patients. Already a successful ophthalmologist, he became a clinical researcher to discover alternatives to risky surgical treatments for age-related macular degeneration (AMD), a blindness-causing disease that affects as many as 30 million people worldwide. In his research, Kubota helped generate ideas for the oral treatment of AMD, and then launched his own Seattle-based biotech company, Acucela, in 2002 to bring these alternatives to market.