Kitt.Ai adds voice control to other residential or business devices. 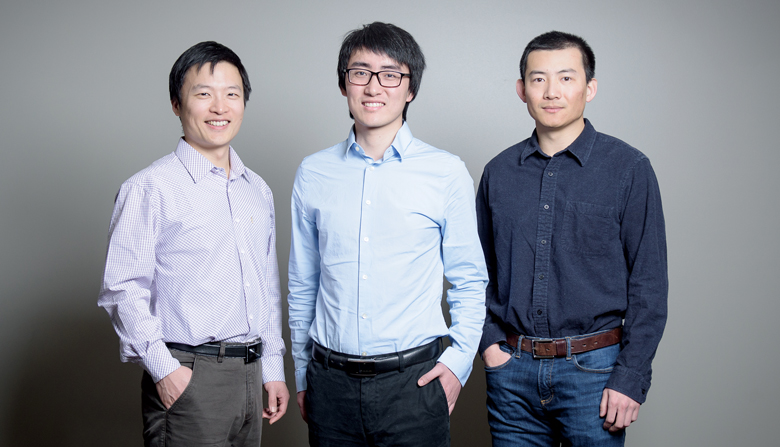 Xuchen Yao and Guoguo Chen were interns at Google working on language-processing technology when Amazon introduced Echo, the media-streaming device equipped with a voice-activated intelligent assistant, which is triggered when the user says the hotword Alexa.

When Alexa came out, we saw a real opening, says Yao, who cofounded Kitt.ai to capitalize on the opportunity. Yao and Chen knew other developers would want to voice-enable their devices think locks, lamps, televisions but wouldnt be able to afford licensing technology such as Alexa. So Kitt.ai developed an open-source tool kit developers could freely use to develop their own products.

Named Snowboy, the kit uses a neural computer network and audio processing to track the different ways individuals speak. As more people use the software, its accuracy increases. Snowboy improves on Alexa in that it can be used for a device that doesnt have an internet connection.

Developers can use the Snowboy tool kit at no charge, thus adding to Kitt.ais growing catalog of more than 5,000 programmed hotwords. Kitt.ais revenue comes from charges based on the number of enabled devices that are sold or put into use by commercial enterprises.

Launched as a company in 2014, Kitt.ai was incubated within the Allen Institute for Artificial Intelligence and received funding from Founders Co-Op, Amazons Alexa Fund and the Madrona Venture Group.

Kitt.ai also has released ChatFlow, an open-source tool for developers that builds on the teams strengths in language processing. ChatFlows built-in natural language engine lets developers create chatbots that interact with humans via instant messaging. Kitt.ais founders believe an entire ecosystem will develop around chat technology distinct from the internet and will let people maintain a chat conversation while sending bots out to do such tasks as finding a restaurant, making a reservation and ordering an Uber ride.