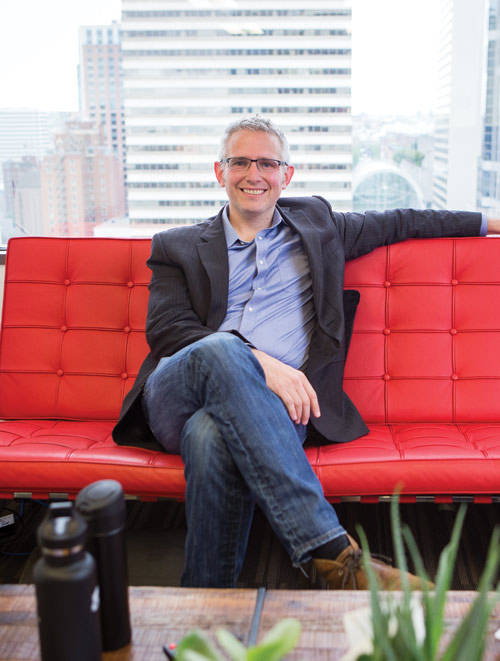 In this age of big data, more information is created in days than in all the centuries that went before. Whether its online retailers, cancer researchers or oil companies, every field is rushing to collect as much data as possible. As the methods of analyzing this raw information advance, however, the buckets in which the data are stored grow larger and cheaper, but they remain dumb.

This is the view of Peter Godman, CEO of Seattle-based Qumulo Inc. Qumulo is a fast riser in a sector increasingly important to enterprise: scale-out network-attached storage (NAS). The term refers to storage that can expand quickly when the need arises, so organizations do not have to maintain huge amounts of data capacity at times when its unnecessary.

Its the sort of service that could be useful to movie studios, for example, storing huge video files and dispensing with them as changes are made. But given the number of files other organizations are storing rising from thousands, to millions, to billions the need for NAS is growing across many sectors.

IBM, Dell and other large companies are players in the space, in which Seattle-based Isilon Systems, now EMC Isilon, was a pioneer. Godman served as director of software engineering at Isilon and sees Qumulo distinguishing itself through data awareness, that is, helping storage become less of a big dumb bucket by understanding the sort of data being added to it.

On your laptop hard drive, you might be working and suddenly youre running out of space, says Godman. Understanding why is part of the problem data awareness solves. What if your system could tell you that your MP3 library has grown by 10,000 times in the last two days? Now your storage system is really helping.

Isilion was sold to EMC for $2.5 billion in 2010, early in the data revolution, and many from the former leadership team now have a hand in Qumulo. With a $40 million Series B round of financing recently closed, one imagines storage will not be the only thing scaling up at the company.