Blockchain in Action: A Case Study in Coffee

How one company is using blockchain to record every step of the process, from farmer to consumer. 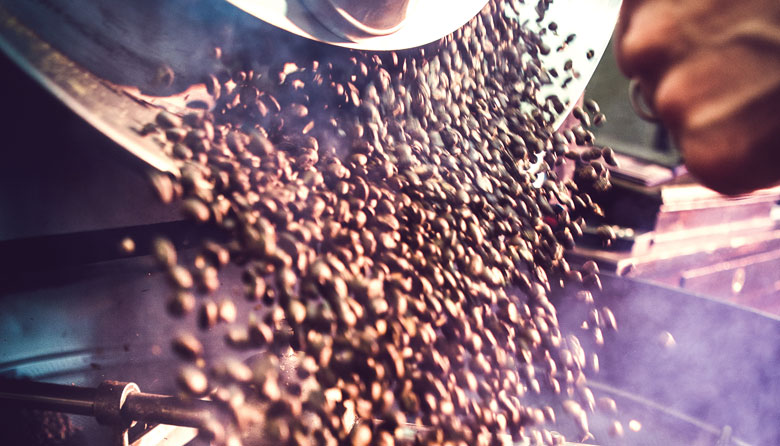 This article appears in the June 2018 issue as part of a larger feature story on blockchain in Seattle. Click here for a free subscription.

For many of its proponents, blockchain is all about efficiency and productivity. For Scott Tupper, who became aware of the shortcomings of government and NGO aid initiatives as an anthropologist working in Western Samoa, its about addressing wealth disparity in the world.

Tupper created Onda Origins coffee in 2016 with the idea of sharing sales revenue directly with coffee farmers. He soon discovered that, with all the mixing of coffee that occurs along the supply chain, it was next to impossible to show that a particular batch of coffee came from a particular farmer.

Tupper landed on a solution: using blockchain to record every step of the process, allowing for greater accuracy and accountability. Tupper launched a company called Yave that has built a technology platform that tracks a coffee shipments journey each step of the way, from farmer to consumer.

The producer and the shipment receive digital IDs and the transaction is recorded on a new register that includes the the name of the producer, the coffees place of origin, the amount of coffee and the coffees description and quality score. That register is encrypted and placed at the beginning of the blockchain.

When the mill or co-op receives that coffee, another register is created. This register includes the price the mill paid for the coffee fruit, and the fact that it was milled to remove the shell and leave the green coffee bean. The mill also does a sample roast on the coffee, performs a taste test and establishes a score along with a description of the coffee that includes such details as the coffees aroma, taste and body. That score and description, which go on the mills register of the transaction as well as the producers register, help determine the price paid to the farmer as well as the price for which the coffee is sold to the exporter.

Similar information is recorded on registers as the coffee passes from the exporter to the importer and finally to the roaster. Periodically along the way, tastings are done of the coffee and the quality information is updated. Since the coffee spends so much time at ports and on ships, says Tupper, its not unusual for the quality score of a batch of coffee to fall when the importer receives the cargo from the exporter. However, if the drop in quality is too sharp, or occurs at other places in the supply chain, it could mean something went wrong.

Its like a Carfax report, says Tupper, who sees blockchain as a far more sophisticated version of the system that documents service appointments, accidents and other incidents in the lifespan of an automobile.

Properly tracking the supply chain enables each player to better understand its part and to establish relationships with end users that could allow for increased market share. It also establishes a record of each transaction, part of which can be accessed by users of the blockchain. If an importer wants to find coffee with a particular flavor profile, say, chocolate, it can use access to the blockchain to identify farmers who produce such coffee.

But the greatest added value comes from allowing the roaster to verify the coffees origin and better market the product for a higher price. The blockchain, explains Tupper, becomes a glass pipeline that allows anyone who is part of that pipeline to see exactly what is going on. It also allows Tupper to make sure that a substantial chunk of the additional profit he makes goes back to the producer.

The blockchain, along with a virtual reality experience that allows the consumer to tour the producers coffee plantation, helped Tupper beat out Starbucks to establish a branch of Onda Origins in Building 25 on the Microsoft campus. It also persuaded Nordstrom recently to insist that its distributor supply it with Onda Origins coffee for its outlets.

True to his altruistic nature, Tupper dreams of a day when blockchain recording of coffee transactions can be used to prevent drug lords from engaging in the common practice of buying and selling coffee to launder their drug money. Farmer grows coffee fruit to sell to co-op or mill Score based on cupping at the mill

1. A digital ledger recording details of the coffee fruit sale is encrypted,m making it the first “block” in the blockchain. The information is automatically broadcast to others in the supply chain, who review and approve the transaction as valid. 2. A new ledsger is created for the mill to record its purchase of coffee fruit and sale of green coffee. The mill does a sample roast of the coffee and a “cupping,” taste test. The resulting quality score and tasting notes are added to this ledger, broadcast and confirmed. Exporter purchases green coffee and aggregates into container for shipping Importer buys green coffee from exporter and sells to roaster.

3. New ledgers are created for the exporter and importer transactions. The importer does a new taste test to determine if the coffee quality has fallen during shipping. The new score is broadcast to the network. 4. The roater does a final coffee test and again updates the quality score. the traceability of the coffee back to the individual producer allows the roaster to charge consumers a higher price, a significant portion of which is returned to the farmer