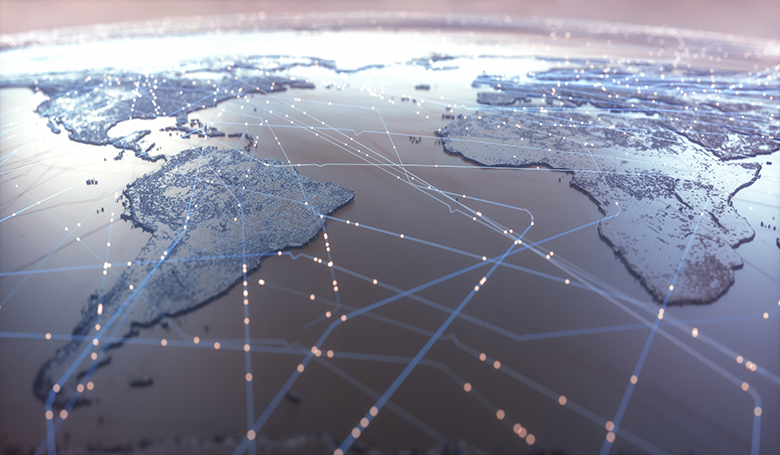 E-commerce giant Amazon is joining the race to build a space-based internet powered by satellites.

The company confirmed a plan, dubbed Project Kuiper, to launch a network of some 3,000 small satellites into low Earth orbit (LEO) to provide high-speed broadband internet service globally, according to reports in Reuters and CNBC based on federal filings.

Project Kuiper is a new initiative to launch a constellation of low Earth orbit satellites that will provide low-latency, high-speed broadband connectivity to unserved and underserved communities around the world, an Amazon spokesman said in an email statement, as reported by CNBC. This is a long-term project that envisions serving tens of millions of people who lack basic access to broadband internet. We look forward to partnering on this initiative with companies that share this common vision.

Late last year, Amazon also announced it is partnering with Lockheed Martin to establish a satellite ground-station network that would tap the Seattle-based companys cloud-computing power when uploading data from the ground stations which are terrestrial component of a broadband satellite networks signal-relay system. SpaceNews reported that as part of the venture, called AWS Ground Station, Amazon already has two ground stations in operation with plans for a total of 12 to be completed by year-end.

Amazon founder Jeff Bezos also founded Blue Origin, a spaceflight services company based in Kent, Washington, that expects to have its newest rocket, called the New Glenn, ready for use by 2021. It includes a reusable first stage that is designed to carry out 25 missions. Blue Origin inked a deal earlier this year with Telesat to launch an unspecified number of satellites using the New Glenn rocked as part of the Canadian companys plan to create a space-based global-internet service initially involving a constellation of some 117 satellites, FCC records show.

Late last year, the Federal Communications Commission approved requests from four companies, including SpaceX, which has satellite-development operations in Redmond, Washington, that are seeking to launch satellites into LEO that can provide high-speed broadband services to users across the U.S., and eventually the planet.

With todays actions, the FCC has granted 13 market-access requests and satellite applications to nine companies seeking authority to provide next-generation connectivity across the country in the past 18 months, the FCC said in announcing the approvals.

In addition, despite industry reports last year that Boeing Co.s plan to build a space-based, satellite-powered internet was stalled, it appears the plan is back in orbit as well. Boeing spokesman Jerry Drelling told Seattle Business magazine recently that the U.S. FCC has placed the Boeing application for authority to launch and operate 147 satellites into the public notice phase, adding that this is a key step toward the eventual grant of Boeing licenses for this system.

In its application to create the broadband-satellite constellation, Boeing points out that nearly 34 million people, or 10 percent of the U.S. population, do not have access to reliable, high-speed internet service. Boeings broad-band satellite system seeks to provide broadband Internet and communications services to residential consumers, governmental, and professional users across the United States, Puerto Rico, and U.S. Virgin Islands, the companys FCC application states.

A market study by Morgan Stanley projects that the global space industry could generate revenue of $1.1 trillion or more in 2040, up from $350 billion, currently. The study found that some $410 billion of that revenue is expected to be linked to internet services.