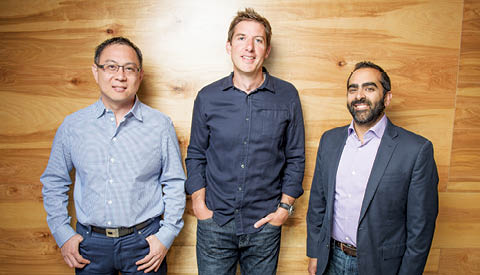 WINNER:
Avvo
Location: Seattle | Employees: 385
If you need medical help, you probably know to go to the hospital. But where do you go if you need legal help? Thats the idea behind Avvo, now the largest legal services marketplace, with more than 270,000 lawyers offering their expertise. Avvo CEO Mark Britton says most legal issues are uncomplicated. There is a need, he argues, where something simple has been made too hard. He cites research that more than 80 percent of low-income consumers dont seek legal help because they believe they cant afford it. For that matter, so do nearly half of high-income consumers. Avvo began as a Yelp-like ratings site, where lawyers seeking clients acquired consumer reviews. Under Avvo, queries can be matched to lawyers for a fixed fee of $39 for a 15-minute phone consultation, citizenship applications are reviewed by an immigration attorney for $149, and an uncontested divorce fully executed by a local family lawyer for $995. Britton believes there is ample room for growth in this model. If we take down the friction points, he says, people are going to hire more lawyers.

SILVER AWARD:
OfferUp
Location: Seattle | Employees: 70
OfferUp CEO Nick Huzar thought the chore of selling stuff should be as easy as posting a selfie. He and cofounder Arean Van Veelen developed a mobile app that feeds a garage-sale-style marketplace, where spare household items can swiftly find local buyers through a posted snapshot, description and price. Tip-driven chat facilities and a dedicated support team encourage trust in a potentially unruly landscape. The young startup is often among the top three shopping apps on iTunes and Google Play, and has attracted $90 million in venture funding.