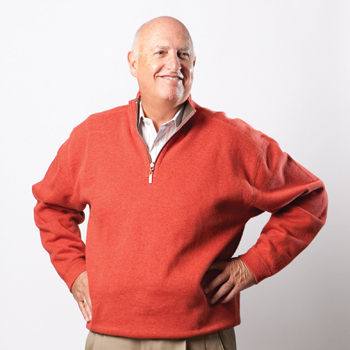 Stephen Reynolds followed in the footsteps of his father and
grandfather when he joined Pacific Gas & Electric (PG&E) straight out
of college to build a career in utilities. As CEO of Puget Sound Energy (PSE),
he has been an aggressive proponent of energy conservation.

Worst Job: I handled rates [for PG&E] in San Francisco.
After 15 years, I was tired of regulatory commissions and having to deal with
the problem of consumers who don’t like to pay more for their energy.
Unfortunately, for every [one] time you lower rates, there are three times that
you have to raise rates. I promised myself I would never do retail again-until
I came here.

Revenue Target: I would like to get what PG&E is getting
in California, which is well over 11 percent [profit margin]. We are asking
[regulators] for a lower return on equity than any other utilities in our
region. But other factors have a bigger impact on rates. A 5 percent change in
the price of natural gas will have a far greater impact than our rate of
return.

Risk: The risk for utilities is to have “stranded
investments.” We have coal-burning plants that have existed for a long time.
Coal is even cheaper than hydro right now and we have an obligation to provide
cheap power. If you shut down a coal plant [for environmental reasons] and
replace it with windmills, who is going to pay the cost?

The Economics of Energy: Californians are paying 18 cents
per kilowatt hour. We [PSE] are at 9 cents; Seattle City Light is at 6 cents
[because of cheap hydro power]. It’s a lot more cost-effective to make an
investment in energy efficiency if your rates are higher. But this region is
serious about conservation and investing in alternative energy. It’s in our
DNA. For the past eight years, we
[PSE] have been investing almost exclusively in renewable or clean power, wind
or gas. We’ve been generating wind farm credits that we sell in the open
market, reducing cost for our customers.

Electric Cars: To address carbon generation, you have to
address transportation, and electric vehicles are an ideal way to deal with it.
We see a lot of momentum there. There is a lot of federal money to help
stimulate the development of an infrastructure for electric cars in the form of
plug-in stations.

Cheap Natural Gas: I’ve been in the energy business for 40
years now and I think the most interesting, earth-shattering thing is the
development of shale gas. The majority is in northeast British Columbia. Here,
we have a domestic source of gas that’s not running out, and it’s going to be a
lot cheaper. That’s a game-changer, both for our carbon future and domestic energy
supply. Two years ago, we thought we would need to import liquified natural
gas. Now, I feel a lot safer building new gas plants in terms of price and
availability. We just lowered gas rates 20 percent. And from a carbon footprint
standpoint, [natural gas] is way better than any other fossil fuel.