The Seattle Storm Face a Full Court Press Ahead 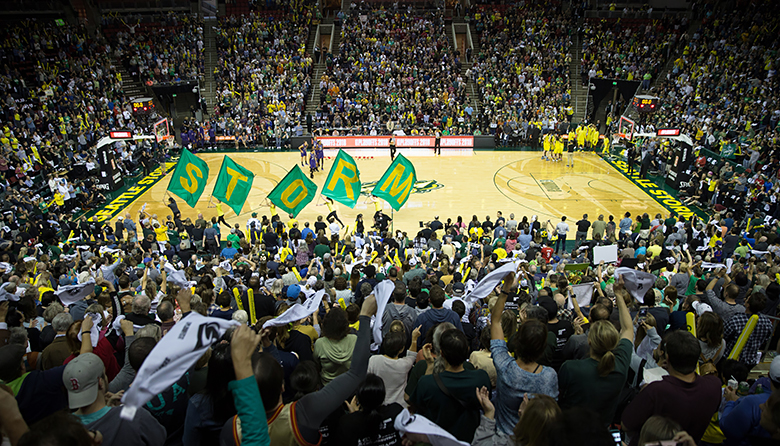 Despite a challenging off-season, the Seattle Storm is charging ahead with new sponsors and a robust marketing plan as they launch their 2019 season.

The Storm this past spring signed a 10-year branding deal with Bellevue-based Symetra Life Insurance Company, joining Swedish Medical Center as a major corporate sponsor. The Swedish logo will remain on the chest of Storm jerseys, while Symetras will appear in the left corner. The club was also set to announce another major partnership as of late April.

Financial details of the Symetra partnership were not disclosed.

The Storm has ramped up its marketing budget after winning the WNBA title last year. Thats partially because the team was forced to find a temporary new home due to the $700 million renovation of KeyArena for Seattles National Hockey League expansion franchise. The Storm will play five home games at Angel of the Winds Arena in Everett and 12 at the University of Washingtons Alaska Airlines Arena.

The club is actively exploring transportation options and corporate partnerships in the Everett area. It is also working with UW officials to install temporary air conditioning at Alaska Airlines Arena.

Its incredibly challenging, says Alisha Valavanis, who was named CEO earlier this year after spending the past three seasons as general manager. We just won a championship and now were effectively taking the team on the road. The silver lining is it will expose more people to the product.

Those business challenges pale in comparison to two events in April. First, last years WNBA and Finals MVP Breanna Stewart suffered a ruptured right Achilles tendon, ending her season before it began. Then came an even bigger blow: Head coach Dan Hughes was diagnosed with an undisclosed form of cancer.

Dans health is a top priority, Valavanis says. The coaching staff is in place and will support should any time be missed for recovery.

The Storm has performed very well as a business since Valavanis joined the club as chief operating officer in 2014. The team said revenue has soared more than 60% during her tenure, while profits have skyrocketed more than 250%.
The club opened its season May 25. Its final regular season home game is Sept. 1.