New Arena at Seattle Center goes down to go up 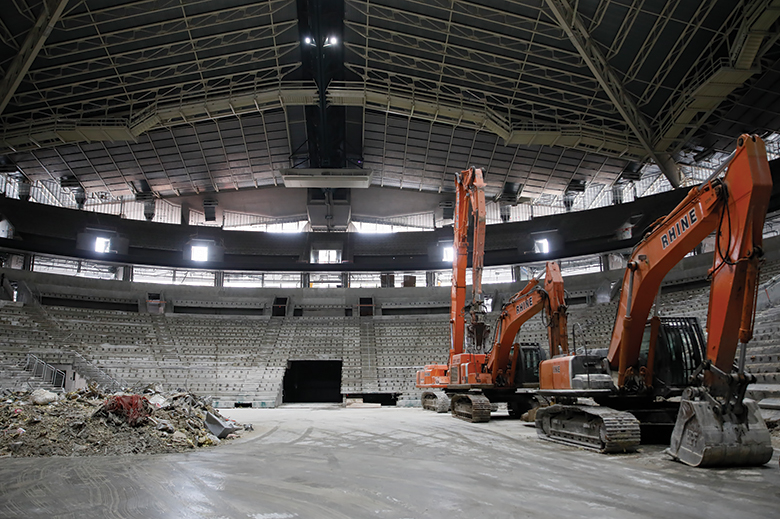 Even as they work to build the New Arena at Seattle Center, Mortenson Construction executives are eyeing the next big wave of stadium construction: professional soccer venues.

Were looking forward to that part of the business really exploding, says Michael Harder, vice president and general manager at Mortensons Seattle-area office.

Mortenson is one of the preeminent builders of stadiums and arenas across the nation. The company recently worked on Milwaukees new Fiserv Forum, home of the NBAs Bucks; the new Chase Center in San Francisco, the new home arena for the NBAs Golden State Warriors; and Allegiant Stadium in Las Vegas, which will host the NFLs Oakland Raiders beginning next season. It also just completed Allianz Field for Major League Soccers Minnesota United FC.

As for the New Arena at Seattle Center, Harder expects the excavation to be completed by early next year, and we can start building the new building then.

Harder says the $900 million (and rising) project is unique because crews are saving the roof, which is suspended in air during construction. Once finished, the north end of the arena will have a plaza where people can look into the building.

It looks pretty spectacular with the roof suspended in the air 40 feet above ground. When done, it will be suspended 90 feet, Harder says. The considerations for doing that safely have been overwhelming. This is a truly unique project.

When completed, the New Arena at Seattle Center originally built for the 1962 Seattle Worlds Fair will expand to 750,000 square feet and will hold 17,400 for the citys expansion NHL team and 18,600 for a potential future NBA club. It is slated to open in 2021 and will also be home to the WNBAs Seattle Storm and Seattle University. It’s known as KeyArena, although the bank hasn’t paid for naming rights since 2011.

The New Arena also is envisioned as a major music venue and will host more than 140 events per year.
Minneapolis-based Mortenson, which employs 135 workers in its Kirkland office, has taken on a number of significant projects across the region, including the Bill & Melinda Gates Center for Computer Science & Engineering on the University of Washington campus and several downtown Seattle-area hotels.