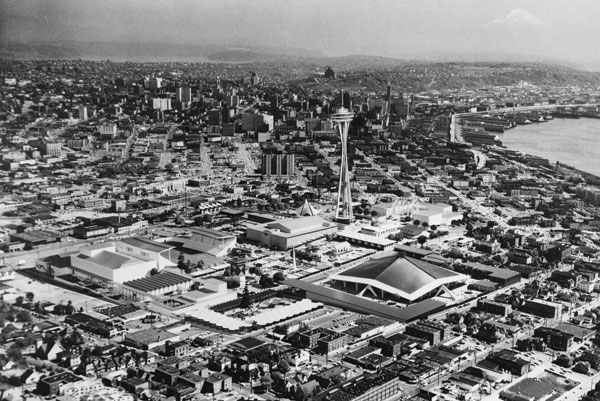 Was the future a lot more fun in the past?

To judge by the vision of the future at the 1962 Seattle Worlds Fair, whose 50th anniversary we commemorate this year, you might think so. The Space Needle! The monorail! Computers! Cars floating on air! Those attending the Century 21 Exposition had a lot to look forward to.

The future looks a lot less inspiring these days. Either were worried about how the things weve invented will do us in or were trying to think up ways to avoid doing ourselves in. Or the science is too small to see. Or, in these financially straitened times, we simply cant afford it.

Has the future been canceled for lack of interest? Did excitement about the future really go out of style?

To find out, lets pay a visit to the imaginary 2012 Seattle Worlds Fair. Well exercise the imaginationwhich is what a real, physical worlds fair is supposed to do anywayto envision what a 2012 fair might tell us about the next 50 years.

We have experts such as Bryce Seidl, who attended the 1962 fair as a student at Sammamish High School and today is president and CEO of Pacific Science Center, situated in what was the fairs U.S. Science Pavilion. The first thing Id do is put in things to invite people to imagine, says Seidl. Being able to predict whats specifically going to be there in 50 years is a really difficult thing to do. Its a lot of fun but probably meaningless, except to stretch peoples imaginations.

Seidl says the fair should have a goal of encouraging people with huge curiosity and huge willingness to explore and imagine and create and innovate. Id want to feed anything that causes people to think creatively, imaginatively [and] leave the baggage of today behind.

Ed Sobey, the Redmond author of many books on technology in our everyday lives, a former museum director and the founder of the Northwest Invention Center, says a 2012 fair would be very different from 50 years ago. Information technology would dominate, but so, too, would advances in other technologies. The penetration of computers and embedded technologies into our lives was not predicted and, 50 years from now, will probably be viewed very differently from today.

Having such a fair in Seattle actually makes a lot more sense now. The city has far more claim as a center of research and innovation than it did in 1962.

If youre thinking about 50 years into the future, were doing it from a much more robust and diverse base of science and technology expertise here, says Susannah Malarkey, executive director of the Technology Alliance. The question is how to make smart decisions to grow the region in a strategic way so we can continue to be a competitive economy in the global context, which I dont think we were really thinking about back then.

So lets visit the 2012 Worlds Fair. Just inside the gates is the Space Pavilion. Space was a huge topic in 1962, with the beeping sound of Sputnik still fresh in Americans minds, and the prospect of putting men on the moon ahead. 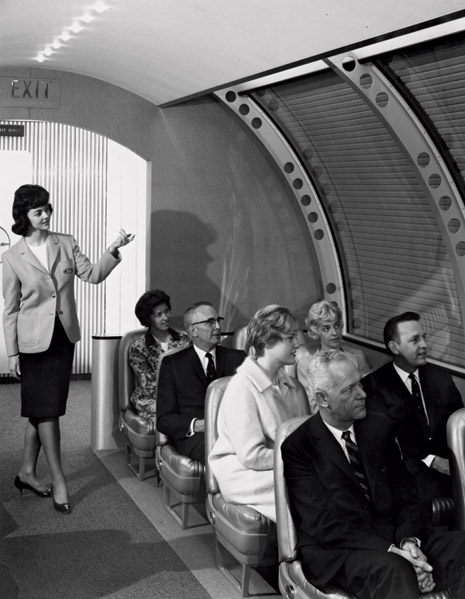 Is space exploration as dated as the monorail? Seidl admits interest in space is much more subdued than when we were growing up. … I dont see anything quite so galvanizing as Sputnik. The challenge of putting a man on the moon was something human beings could identify with and understand. Now, so much of the discussion is about using unmanned probes.

Still, Seidl believes people remain fascinated by the unanswered questions of the cosmos: Where are we in it? What else is out there? Who else is out there? A worlds fair that can explain how were going about getting answers will fire curiosity.

Malarkey believes we arent finished with manned space exploration. A lot more is going to happen than the average American thinks, she says. Indeed, a visit to the Space Pavilion wont be complete without looking at contributions to the future of manned space flight by local moguls Paul Allen, through his involvement in the SpaceShipOne project, and Amazons Jeff Bezos, with his Blue Origin project.

Colonies on the moon have been the stuff of science fiction for decades, but the assumption has always been that wed have to send humans to build them. If we have robots do the work of building those domed villages, well all want to visit Moon City for our weekend getaways.

Lets move along to one of the big attractions of the fair, the Health and Human Sciences Pavilion. If space exploration means looking for whats way out there, the frontiers of medicine are to be found, literally, close to home.

This is going to be the century of life sciences and incredible transformation of medicine, Malarkey says.

Adds Seidl, The area youd want to intrigue people with is the whole world of biomedicine (see page 58). Were just on the very early frontiers of that, understanding how brains work, decoding whats embedded in our DNA and what the potential is to be able to go in and specifically attack some of the diseases that man has.

The Health and Human Sciences Pavilion is a good place to consider that its not just the technologies on display that have changed in this updated worlds fair. So have the ways of displaying them. A lot of the science on display in 1962 was big stuff: big cars, big rockets, big satellites, room-sized computers. Much of the science of the future is too small to see, much less put a hand on.

One of the advantages we have that they didnt have in 1962 is all this virtualization technology, Malarkey says. Kids can study their anatomy through use of [Microsofts] Kinect. … Trying to explain nanotech to somebody is not all that engaging. But if your body is actually doing something, youre learning it in a much more holistic, experiential way.

As well, the many medical device companies in the region are increasingly adept at miniaturizing tools used to deliver treatment to specific areas of the body. Why not take robotics and molecule-sized machines to their obvious destination as devices that travel the bloodstream to go after cancer or clean out unwanted material, a la the 1966 film Fantastic Voyage?

Maybe well spend some time at the Materials of Tomorrow Pavilion, looking at where the composite fibers making up the 787 fuselage will turn up next. One way we might use these new materials is to do away with the need for rockets to ferry materials to space. Instead, well just use a space ladder, a 62,000-mile ribbon-thin carbon-nanotube-reinforced tether anchored on Earth at one end and by an orbiting counterweight at the other. Then well just send satellites, cargo, maybe even people up this ladder at a fraction of the cost of rocket launches.

Perhaps well see how technology will change our homes. We could just borrow The Microsoft Home, a gadget- and connectivity-intense demonstration project on the companys Redmond campus featuring rooms with walls that change their digital wallpaper on command.

Then theres the Sustainability Pavilion. One beneficiary of the changes [between 1962 and 2012] could be the environment, Sobey says. Instead of printing millions of Yellow Pages, you can look stuff up electronically. We can do more now with less than [we could] 50 years ago. Cars drive cleaner. Our air is cleaner. So, too, is our water. … Fifty years ago, we thought we were on the cusp of a revolution in how we generate electrical powerby fusion. Power would be so cheap you wouldnt bother turning lights off. Now, it seems we are on the cusp of a revolution in power generation, with fusion nowhere to be seen.

I think the future will revolve around technologies that make our buildings smarter, our vehicles safer and more efficient, our toys for communication faster and more intuitive, our food and maybe our energy more local, says Connie Bourassa-Shaw, director of the Center for Innovation and Entrepreneurship at the University of Washington. More of what we get will be on demand, sourced closer to home.

Would anyone care about this science?

Seidl says that was a question organizers of the 1962 fair asked. Nearly 7 million visitors to the science pavilion later, they had their answer.

Sobey says something is needed to reinvigorate an interest in science. In this era when we have benefited so much from advances in engineering, science and technologyliving longer, living more robustlythe pubic sentiment has changed, he says. The universally accepted opinion [in 1962] was that technology would pave the way. Today, there are many peopleeven some running for high political officewho have a medieval attitude toward learning. They have forgotten or never understood how technology has made us live better. Enrollments in technological fields are down in many schools at the most exciting time in terms of being able to make new discoveries and make new things.

A 2012 fair, Sobey adds, could make the point that technology and science are more accessible than ever. Technology empowers creative people as it never has before, he says. Fifty years ago, you had to be one of the selected few to use the expensive tools of industry or academia. Today, those tools are available for the hobbyist. Just as technology has changed the music industry and the communications industry, it is changing the design/build industry. Today, people can make stuff that they could only dream of 50 years ago. 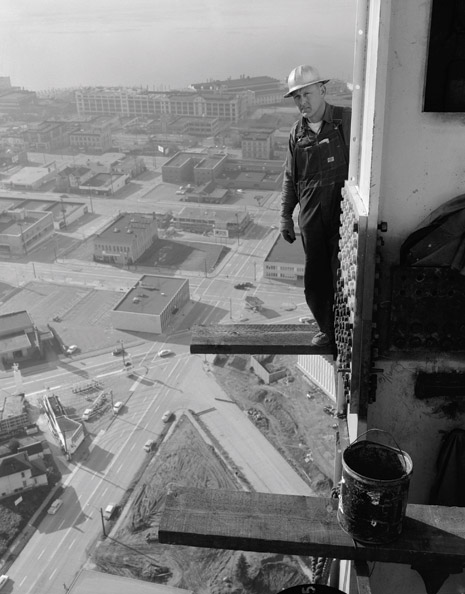