Tina Pappas Plays Outside The Lines 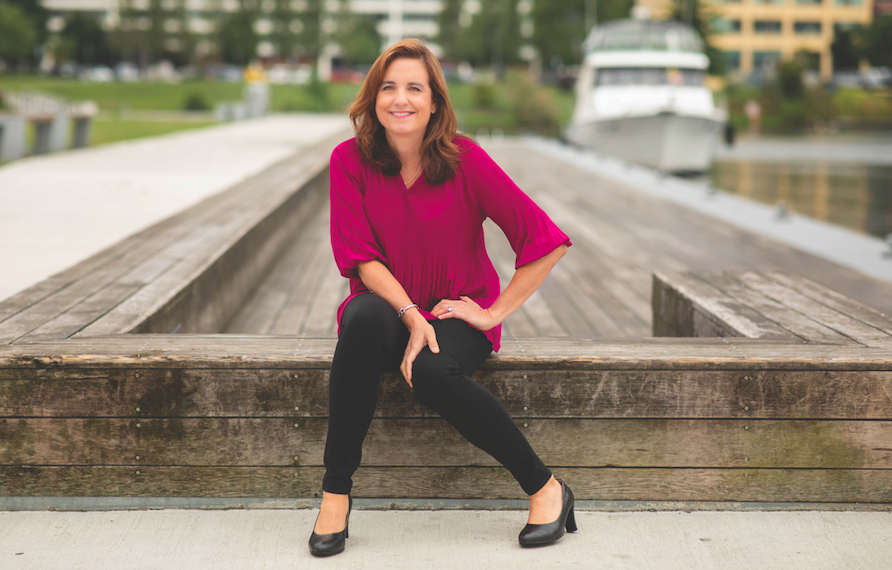 This interview is featured in the March issue of Seattle Business magazine. Subscribe here to access the print edition.

Tina Pappas has spent her entire career in commercial real estate, beginning as an agent at Colliers International shortly after graduating from Western Washington University.

Along the way, she launched her own company and served almost five years on the real estate team of Bill & Melinda Gates Investments, where she dabbled in everything from hotels to multifamily properties, including agriculture, and office and industrial buildings.

Pappas is now president of Tarragon Property Services, where she oversees a sprawling real estate portfolio consisting of more than 3,800 multifamily units, more than 2.8 million square feet of industrial space and more than 600,000 square feet of retail projects in the Puget Sound region. The company is somewhat unique in that it has interests in so many sectors. Pappas, who last year served as president of the Washington state chapter of industry trade association NAIOP, reveals why Bellevue will continue its explosive growth and offers a surprising prediction about the regions next hot real estate markets.

Here is an interview with Pappas.

I go into the office every day. We have all the Plexiglas and all our masks provided. We do all the cleaning. I never did like working from home. Its human nature to be together and work together. Most jobs, thats where the success is. To have the meeting before the meeting, to have the meeting after the meeting. Its the trust factor.

I get so excited when I see some construction going on. I just think, what is the best use there? How can we build a really cool community? Were lucky to have the Amazons and Microsofts. I do think well recover a little more quickly than other markets.

We have nationals and we have mom-and-pop retailers, and we know who might need a little more help or hand holding [during the pandemic]. We took some extra steps: Hey, this is what you can apply to for PPP or heres some of the different help you can get through these organizations. Were going through really hard economic times with our tenants and they have to know who we are.

Eastside? Amazon. They slowly crept into Bellevue taking down these deals, and theyre quiet about it. They are just taking massive amounts of space. They are being followed.

I live in Bellevue and everyones battling for these homes that are absolutely just out of this world expensive. Were building a lot of apartments in Bremerton. Youll see some action there. I think Bremerton will surprise you. I would also say down south, Fredrickson, in the suburbs. I say Redmond, but we know Redmond.

I really enjoyed my time at Bill & Melinda Gates Investments. We didnt have titles. We all worked on things together.

We had some student housing. We owned hotels. Id never dealt with hotels in my career. So we had a mix of everything, not only in Washington state, but outside. That was fascinating.

If youre a real estate broker, I dont know if its changed. I used to have a voicemail that filled up constantly. There might be one now because its all emails. Im big about calling people on the phone or meeting with them in person.

Advice to my younger self? Buy more real estate.

I started from the bottom up and I got to know the people. I got to understand maybe what direction I wanted to go in, which was retail. I got to choose who I would work with.

Make sure that the individual that hires you has the same principles as you, and that youre going to be supported and youll have a mentor that people will believe in. Mentorship is so important. Its just having somebody there that you can check in with freely.

Its been awesome that thereve been so many more females in the office. I mean, when I was at Colliers, we had three female brokers out of probably 65 or 70. I always loved working with both men and women. If I had a problem or if I knew someone didnt respect me or respect my views, that wasnt the person I was going to align myself with.

I traveled to Arizona in November. The second lockdown was coming. Everybody was out because they could. Granted, its outside. I was so shocked. I like running. I jog. I havent been doing this actually lately, but I do. My thoughts and brain waves just fire when Im exercising.

I almost wondered if I was prepared for the Covid year of no concerts because the year before I had gone to Mumford & Sons, Rolling Stones, Dave Matthews. I think I went to 11 concerts. I can do hard rock to easy country to new wave to grunge.