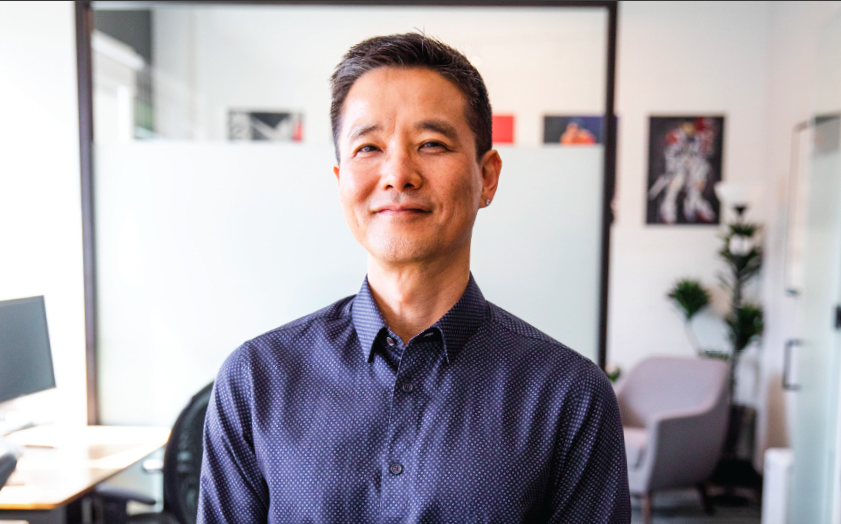 Sung Rhee found himself unemployed and unsure of his future after selling his venture-backed software infrastructure company, ViAir, back in 2003.

The internet was in its early stages, and Rhee was trying to figure a way to build a business around it.

Remember, this was before Facebook, social media and the iPhone, he says. But I was pretty sure I didnt want to get a normal job.

He wasnt worried. He had options. He had previously spent nine years at Microsoft Corp., where he led teams that created Outlook Express and MSN Mobile.

He started building hundreds of websites across multiple industries as a form of research as much as anything. He eventually landed on higher education after discovering a lack of trustworthy information. That led to SR Education Group, a site that connected students to for-profit colleges and universities. Eventually, though, Rhee realized students werent receiving the information they needed to make good decisions.

He switched gears, and SR Education Group became Optimal, a resource for students to compare college tuition costs, reviews and alumni salaries. It remains a lead-generation service for colleges seeking students, but from a student perspective. The 30-employee Kirkland companys product is similar to annual rankings compiled by U.S. News & World Report, though Rhee says Optimal is results-oriented versus prestige-focused.

Here is his interview with Seattle Business magazine.

We saw a lot of advertisements and bad faith promises to students. Thats when we decided to become less of a lead generation company catering to the educational institution and more of a publisher catering to end users.

We started collecting student reviews and became the Yelp of the for-profit institutions. That was just super enlightening and eye-opening. A couple institutions threatened to drop us as clients.

When we first launched the salary-rankings report, the most frequent comment that I would get from people is, Wow. If I had this information when I was making my choice about colleges, I mightve made a different decision in what to major in or where to go. I get that so many times.

We want to encourage schools to be better at serving the students. Thats the whole purpose. Thats why we publish reviews, salary and the related outcomes.

Students come to our site and fill out a form. If theyre interested in a particular school, well forward that information to the school and thats a prospective student. So, were still a lead-generation business model.

What surprises me most? Our main rankings are dominated by well-known schools. But there are also schools people dont really know about that do really well, like Santa Clara. There are colleges that are much more sort of career-oriented in terms of their curriculum that allow you to have a strong career after college.

The other thing that surprised us quite a bit is that there are for-profit schools and specific programs that do really well, like University of Phoenix. Theyve gotten beat up in the past because of their marketing tactics, but there are a handful of programs at for-profit institutions that actually do a pretty good job of helping students after they graduate.

When I was 18 and getting ready for college, I would have looked at all these things.

Going through all this data is important, especially in todays economy. Your salary tends to be more a function of your major than what school you went to. If youre a film production major, good luck, no matter where you went.

If you take 10 people, youre going to find 10 different decision-making criteria for how to decide what college they want to go to. We recognize that. Rather than being a guide, we try to give glimpses of information in a lot of different ways.

When youre 20 or 21 your brain isnt even fully formed yet. Its OK to be free of all this. I would caution, though, that if youre in a financial situation where you have to take a loan and debt load, thats a constraint for a lot of Americans. Maybe thats not the sole driver of the decision-making, but just paying attention to this, at least you have a say-so in your final decision.

The impact and legacy I would like to see is that we become a go-to source for people to make decisions about college.

I like to go to Vegas and gamble and hang out with friends. Too many times for my wife and kids. Before the pandemic, probably like five or six times a year.

I like craps. I used to play poker, but it got really boring because youre having to grind for a long time. But craps! I love the energy of the table. Theres nothing better than getting on a hot streak with a roller and the whole crowd. Every once in a while youll hear a loud roar and its usually the craps table because someone hit an awesome number.

I play basketball. Because of my height, I end up doing the ball-handling duties. The best part of my game would be dishing it as the point guard. I usually get the most assists in a game, but my outside shot is terrible.

I collect Gundam figures. Im from Korea. When I was growing up, Japanese robot figurines were super, super popular for little boys my age. When my son graduated from high school, we took a trip to Japan and went to a Gundam museum. It was very nostalgic and brought back all these memories.