Ketul Patel is the Medicine Man

Patel isnt a doctor, but hes spent a career in health care 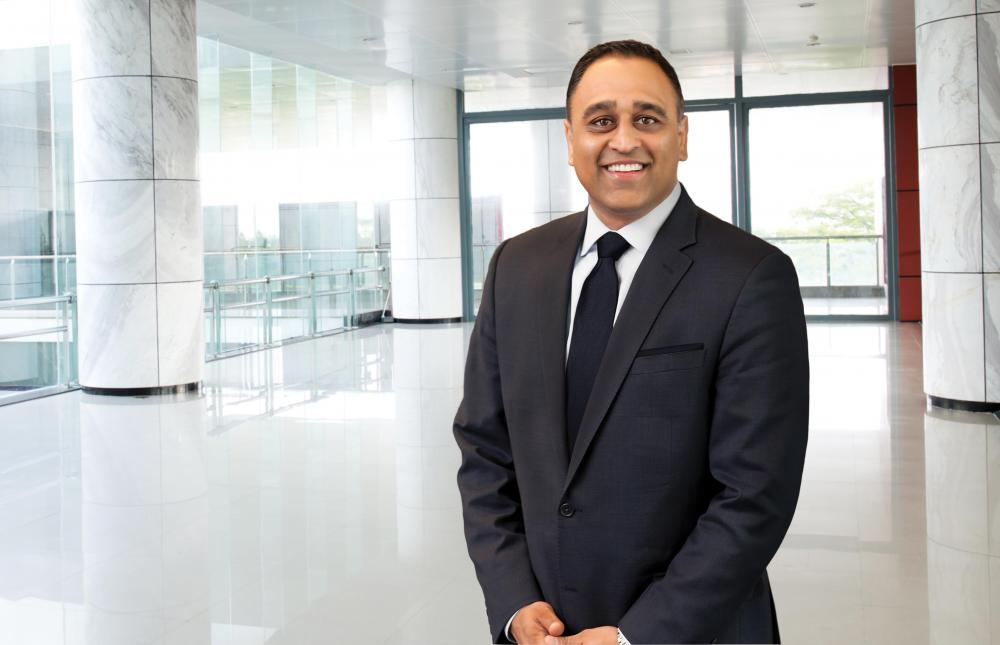 This story is featured in the May/June issue of Seattle Business magazine. Subscribe here to access the print edition.

His father, Jagdish, is a retired doctor. His late mother was a nurse and his brother, Himanshu, is a noted cardiologist. Patel himself isnt a doctor, but since last year has, along with Dr. Gary Kaplan, served as dyad CEO at Virginia Mason Franciscan Health.

Patel headed up Tacoma-based CHI Franciscan Health prior to its merger with Seattle-based Virginia Mason, a move that was announced last summer and became official in January.

The system spans 13 acute care facilities and has more than 300 sites of care. It also oversees the Benaroya Research Institute, the Bailey-Boushay House and Virginia Mason Institute. It employs more than 18,000, including nearly 5,000 physicians and affiliated providers. It is part of Chicago-based CommonSpirit Health.

Patel was born in Kenya and immigrated to the United States with his family when he was 8 years old. He has racked up several honors throughout his 25-year career, including being recognized by Modern Healthcare as one of its 100 Most Influential People in Healthcare and by the University of Washington Tacoma Milgard School of Business as its Nonprofit Healthcare Leader of the Year.

Here is an interview with Patel.

Health care has been in my blood my entire life. I always wanted to be close to medicine. And [being an administrator] was just a great opportunity for me to do that in a different way.

Last summer as we were planning the combined entity, we had 54 teams with over 250 leaders working to put together integration plans.

The only way that you can decrease your cost structure outside of truly focusing on day-to-day activities is economies of scale. Post-pandemic, in this entire country, you’re going to see a lot more consolidation.

I’ve been in health care for a little over 25 years. I remember coming out of grad school and everybody was talking about managed care. The pandemic is going to drive us to do a lot more around value-based care.

At CHI Franciscan, we just didn’t have a presence in the largest metropolitan city in the Pacific Northwest. Just from a geographic perspective, the merger made a lot of sense.

Having Gary and me partnered together right now actually speeds up our learning process. We’ve had a few models around the country that have done that.

I’m not a physician. Thats why I count on Gary to tell me what’s going on on a patient basis. He does continue to see patients and I think that has been very valuable for him. And it will be valuable for all of us as well.

In the core positions, you really do want to have health care professionals, but as you scale it, having leaders outside of health care to help shape that story and journey is always beneficial.

Before the pandemic, our virtual visits were less than 5%. In the last year, over 25% were virtual. That is without a doubt whats going to change. This is going to take over health care for years to come.

We’re going to see more and more access points around the state that are outpatient in nature, that are part of telemedicine. And it will drive the cost of care to be much less because of those reasons. Coming out of the pandemic, we’ve got to take the lessons that we’ve learned about doing things in a very different way.

Ive found that there’s a lot of value in moving to Zoom over conference calls, because you can still at least have some personal touch in those conversations. And there’s frankly also a little bit more efficiency around them.

I’m very close to my family. My son and my daughter-in-law live in Philadelphia. My brother and his family live in Ann Arbor, Michigan. Its been hard the last year, like for everybody else. Weve had FaceTime family get-togethers.

Im from the Pittsburgh area. I’m a lifelong Steelers fan. We watched Steelers games together as a family over a Zoom call.

My Dad has stayed with me through this pandemic, so it’s just been a wonderful op-portunity for me to spend time with him. Ive been very lucky.

For 72 years, he never knew how to cook. And my mom’s health started to deteriorate and she forced us to learn, and he’s a prolific cook now. He’s very good. And it’s wonder-ful to have good Indian cuisine if you love spices like that.

I think the biggest difference [between the East and West coasts] is speed, right? When youre working in New Jersey, you’re in essence in New York and every second, every minute counts. It’s all about Wall Street, right? I think the Northwest is different. I actually think it’s a good thing. You have a wonderful blend of balance in life. That doesn’t mean we all don’t work hard.

The one good thing about the pandemic is I used to travel a lot for my job. I haven’t gotten on a plane since February of last year. So I’ve had the chance to really walk and see the greater Puget Sound like I’ve never seen before.

Hopefully after this pandemic I’ll be able to do things like I used to do, which is travel internationally from time to time, spend more time with my family and get back to playing tennis.

I love wine and I’m learning to love wine even more, red wine without a doubt. I’ve had a chance to watch Stanley Tucci [an actor with a show called “Searching for Italy” on CNN] as he’s going around Italy. And it’s just making me want to travel a bit more.

Let’s make sure we recognize our frontline staff again and again and again because they’ve gone through a lot more than anybody else right now in this country. I don’t think we ever thank our health care providers enough.