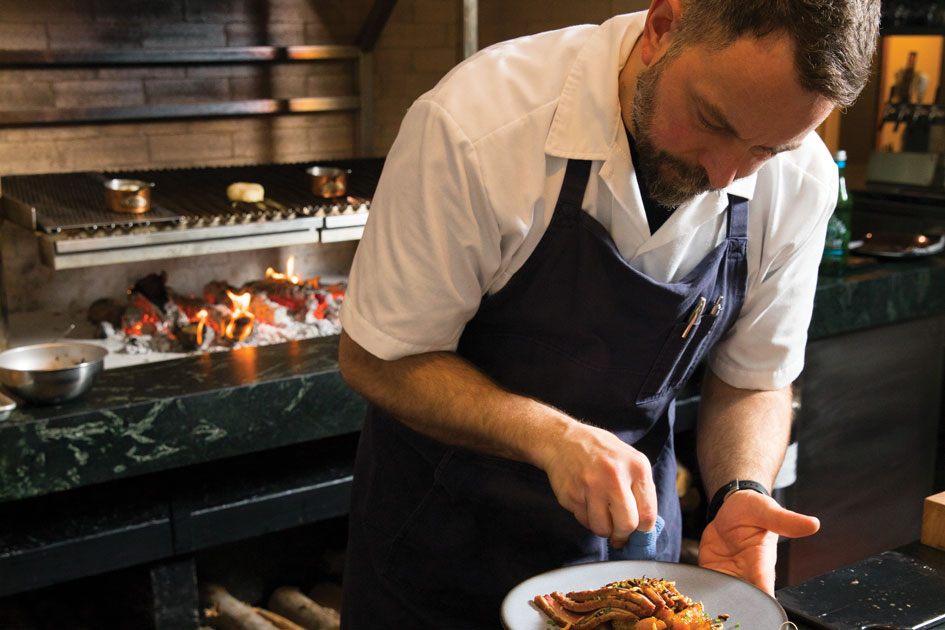 My first few years in Seattle were spent renting a ludicrously palatial Ballard farmhouse blocks from where a new bistro, Samara, now sits next to a row of shiny new construction in the Sunset Hill neighborhood. Walking up to it recently, I was hit hard by the changes to this small commercial corner: Gone are Rain City Video and Walters, a charming old-school spot for ice cream and coffee, both among the last relics of a bygone Ballard. In their place, a string of papered windows. Samara chef-owner Eric Anderson says the future tenants of this building will be an exercise studio and a cocktail bar; an apothecary has already opened there.

While its easy to be critical of this new urban development (as many of us are likely to be), its worth considering that while the neighborhood lost a 27-year-old video rental place, its gained a warm, eclectic neighborhood restaurant. Andersons vision for Samara is based on a career spent working in neighborhood restaurants, from the small-town Illinois mom-and-pop sandwich joint where he first worked at 15 to Brunswick & Hunt, the Ballard eatery where he cooked most recently. In between were stints at Portland legends like Besaws and Higgins. After years spent writing menus in his head and picking out handmade plates for a hypothetical restaurant, Anderson finally found this Sunset Hill corner, where hes created a broody, timeless dining room inspired by a Craftsman aesthetic and decked in wood: a fir wall from the original building above the south banquette, red oak veneer along the walls, fir tables built from old Lake Union piers, maple chairs handcrafted in Ohio. In the wood-burning oven and open hearththe restaurants focal points and main cooking sourcesis applewood. Anderson says his experience of cooking with open flame at other restaurants has ingrained a love of fire in him: The building of it, the maintaining of it. Theres a different level of attention you have to pay to [fire]. And everything [cooked over it] tastes so much better.

Indeed, fire aggressively flavors many of the dishes, which are seasonal Pacific Northwest in nature but internationally influenced. A charred rice cakea patty actually made of rice, not a packaged puffed rice cakesits beneath a pile of Dungeness crab, bathed in butter and pureed tarragon ($24). Sunchokes, baked in the oven fires ash, are tender and smoky ($12); carrots, roasted dark and paired with hazelnut cream and orange zest, are complex and hearty ($13). Anderson has built relationships with local farmers to source the proteins on his menunamely duck and Mangalitsa porkbut the vegetable dishes are the menus stars. Order a little of everything for the table to share.

And if youre missing Rain City Video, pull up a stool along the counter overlooking the fire. Anderson says that an early customer once sat there and joked that he was sitting in the kids video section.

MUST TRY: Predinner cocktails should be paired with the crispy chicken skin ($7), heavily salted and drizzled with buttermilkan addictive snack to kick off your meal.

A version of this story appears in the June issue of Seattle magazine.