The Seattle SuperSonics defeated the Washington Bullets in the 1979 NBA Finals. Is another Sonics victory parade is Seattle's future? 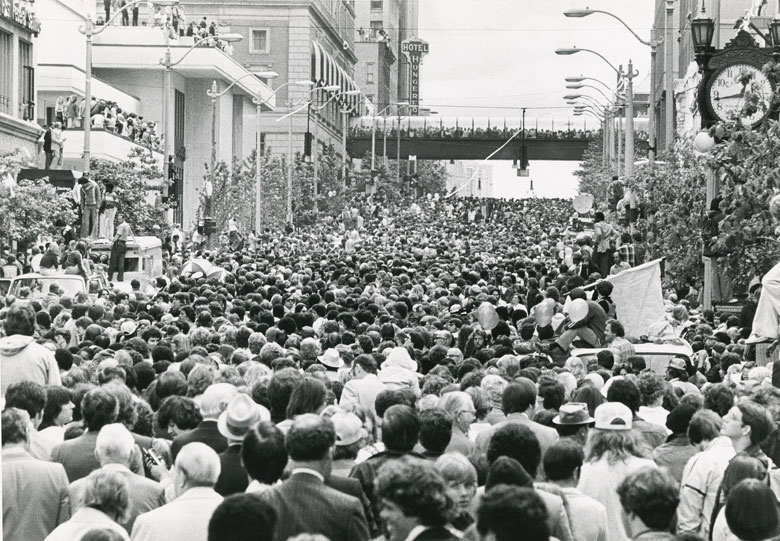 This photograph appeared on the front page of the Seattle Post-Intelligencer on June 5, 1979.

A crowd estimated at 300,000 in a city of 493,000 residents thronged downtown Seattle the day before to celebrate the Seattle SuperSonics victory over the Washington Bullets on June 1, giving Seattle its only National Basketball Association championship.

This view of the victory parade looks southeast down Fourth Avenue at Pike Street.

The Carrolls Jewelers street clock, top right, was removed in 2008 and now resides at the Museum of History & Industry.

The skybridge to the Olympic Hotel was dismantled in 2010. The Hotel Hungerford at Fourth and Spring, beyond the skybridge, is now the Executive Hotel Pacific.

have an idea for a past experience topic or photo? Email [email protected].