PCC, Whole Foods Add to Their Store Muscle in Seattle 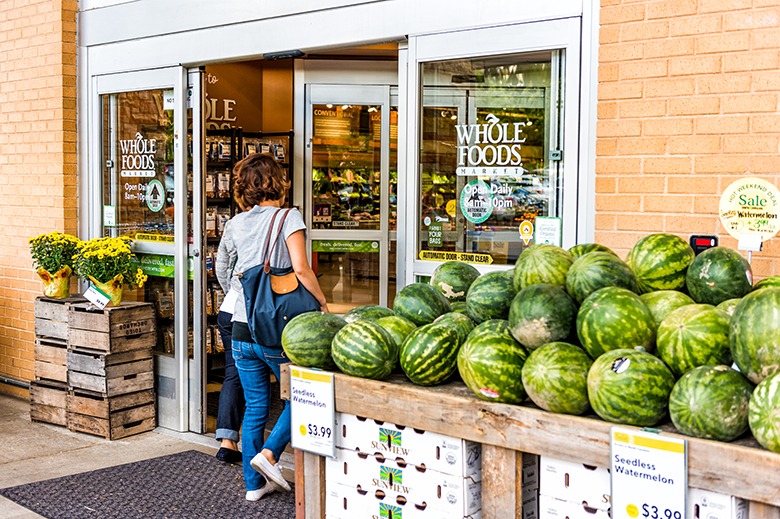 High-end organic grocer PCC Community Markets is opening its 13th store in the Seattle area while last month Amazon-owned competitor Whole Foods Market unveiled its 10th outlet in the Puget Sound region as competition in the high-end grocery market continues to heat up.

Both of the new stores are located within blocks of another competitor, Trader Joe’s, a national grocery chain that operates five stores in Seattle. The newest PCC outlet opens its doors officially tomorrow, Nov. 13, in a 24,000-square-foot space at 1451 N.W. 46th St. in Ballard, within a few blocks of a Trader Joe’s store. It will feature the co-ops first fast-casual restaurant, a rooftop deck offering views of the Ballard Bridge and a large art installation by Seattle illustrator Kyler Martz.

Whole Foods newest store in Seattle opened last month at 4755 Fauntleroy Way S.W. in West Seattle, across the street from a Trader Joe’s outlet. Like all Whole Foods stores, it will offer Amazon Prime members discounts on dozens of items weekly and an added 10% off of hundreds of in-store sale items.

Amazon also appears to have its sights set on the broader grocery market. The company plans to launch a new supermarket brand that will be separate from its Whole Foods and Amazon Go stores, according to multiple press reports. The first store is slated to open in 2020 in the Los Angeles area and will feature a conventional checkout line, unlike Amazon Gos cashierless checkout, according to Bloomberg.

The Wall Street Journal reported earlier this year that Amazon has three locations under lease for the as-yet-unnamed grocery chain, which would likely compete against existing grocery rivals Walmart Inc., Target Corp. and Kroger Co.