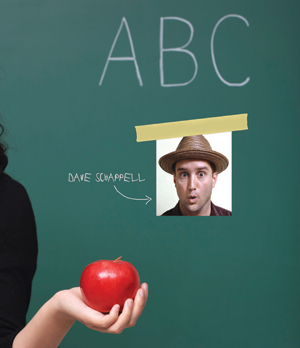 Working from a small office in Seattles South Lake Union neighborhood, TeachStreet founder Dave Schappell and his small staff believe their online directory of classes and teachers can create a dedicated community of lifelong learners. Thanks to a business model unusual among service sites and an impressive array of partnerships, they might be right.

Since it launched in April 2008 with classes limited to Seattle residents, TeachStreet has grown to a community of 57,000 teachersfrom aikido instructors to Zen practitionersand 500,000 classes nationwide. Unlike other service sites, such as Angies List, TeachStreet does not charge customers to see what classes are available. They get free access to information about teachers, class ratings and other customers reviews.

Schappell thinks his site also benefits instructors by linking price to performance. First-time users get their first class listing free, then pay $3 for each subsequent course. Once 10 people express interest in a class, the teacher must pay to keep it listed. Teachers who teach more classes can pay $30 a month for 10 listings and more robust tracking tools. Organizations with classes across many markets pay $299 for unlimited listings and give TeachStreet a referral fee for each new student. Under this arrangement, teachers do not pay unless their ads are effective.

The concept appears to be paying off. TeachStreet, which has received $3.4 million in venture capital funding but does not plan to raise more, expects to become profitable during the second quarter this year. It recently constructed a home services website for The Washington Post Company in the D.C. area, and formed partnerships with educational companies such as Kaplan, Rosetta Stone and WyzAnt to feature their classes on its site. It also has licensed its software to a company in Australia.

The company has also entered the daily-deals marketplace, offering discounts on classes and education-themed opportunities. And, while it was affected by changes to Googles search algorithm, Schappell thinks the company will emerge stronger. Were close to getting over that hump. Im ready for a traffic fire hose, he says. I think we have the business model figured out.