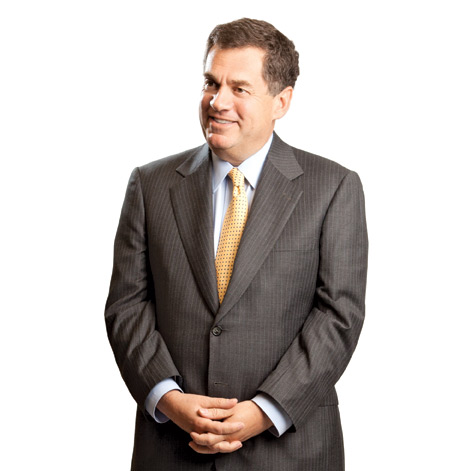 As founder and CEO of Seattle-based Columbia Hospitality, John Oppenheimer has built a business that operates 28 hotels and conference centers, employs more than 1,000 people and has a strong reputation for providing exceptional service.

FIRST JOB: In Boise, Idaho, where I grew up, they didnt have skycaps. I thought it would be a neat thing to do, so in the summer between eighth and ninth grade I went to the airport terminal with a friend and asked if they would hire us. They wouldnt pay us, but they gave us uniforms. You were only tipped if you were gracious and nice and fast. Thats when I realized I loved hospitality.

MARRIAGE: My wife [Deanna Oppenheimer, CEO of UK and Western Europe retail banking for Barclays] and I both grew up in Idaho. Our dads were good friends, so we always knew each other. She always ignored me, but we both ended up at the University of Puget Sound. It took me seven years to persuade her to marry me. Weve been married for 28 years.

HOSPITALITY: After college, I worked in Washington, D.C., for a company that planned events like town hall meetings for congressmen and senators. My wife and I wanted to live in the Northwest, so we moved to Seattle and started a company that organized corporate events. When the Port of Seattle was thinking of building the Bell Harbor Conference Center, they asked us for advice. When they completed it, we submitted a proposal to operate the center even though we had no experience. We said, Nobody knows the customer like we do. They chose us partly because we were local and they liked that we were entrepreneurial. Thats when I formed Columbia Hospitality [in 1995].

THE CONFERENCE CENTER: We can do almost anything with any budget, whether its lobster and caviar or pasta and sandwiches, and make it an incredible experience. We are also decisive and quick. Im an event planner and I know people want quick decisions. Hopefully, we get back to people faster than other venues. The conference center was intended to be subsidized, but it never was. We have had enough revenues every year. We got all our other business by reputation and word of mouth. Today we manage [a total of] 28 properties in Washington, California and Montana.

OPERATIONS: We are not trying to be Marriott. We dont want people to think, You can tell this is a Columbia Hospitality property because it is the same everywhere. Whether its Cave B Inn, Salish Lodge or Inn at Langley, guests should always feel its a unique place that captures the uniqueness of the environment. We focus a lot on the quality of the food, using seafood and produce thats sourced locally. The advantage of our model is that we can handle centrally things like HR, marketing, accounting and the internet. That frees up the people on site to focus on the guests.

INTERNET: Travelers used to prefer staying at big, flagged hotels because the brand gave them confidence. But today they can get on the internet to read all the reviews and pick a unique treasure. We are also very active on social networking. We were doing Groupon before Groupon existed, but with our own lists. If a hotel isnt going to be busy on a Friday night, we have huge lists [to tap into]. Well yield the pricing to be sure it fills up. As a smaller company, we can be more nimble.

CULTURE: Our top priority is creating a knock-your-socks-off place to work. We take seriously the employee surveys and things like [Seattle Business magazines] Best Companies to Work For. A manager of a property can make an extraordinary profit, but if the guest service and team member ratings dont meet the minimum, you wont be considered for a bonus. Its in our values to have fun. But the guest also has a better experience if the team member [employee] is having a great experience.

RECRUITMENT: I ask people what kind of job they fantasize about. What about a job would make it perfect for them? Are you the kind of person who was born to serve and is obnoxious about detail? Our culture is about jumping in and creating a great experience for the guestfast. One guest checked in at 11 p.m., freaked out because she had forgotten her stockings and was interviewing for a job the next morning. The front-desk guy told her to go to her room and relax, and he would take care of it. He sent her a glass of Merlot, then drove out to Walmart to buy four pairs of stockings. The lady got the job. We believe that doing things like this makes the job more fun. We tell employees to create a minimum of two such experiences a day where one of your team members can go home and say, You wont believe what we did for a guest today. I cant stand the term satisfied customer. I want our guests to go crazy about us.

NEPOTISM: We love nepotism. At last count, there were 25 family units at our company. Im really proud of that because if you didnt like your job, you wouldnt refer your wife or your niece. In one case, the husband, wife and both kids work here. Everybody on the team is not only an ambassador of great service, they are also on the recruiting team. As an employee, if you are at a restaurant and the person serving you does a great job, you should ask them, Have you ever considered working for Columbia Hospitality?

FOUR SEASONS HOTEL: We are investors in the project. Seattle is a sophisticated, multicultural city that should have a Four Seasons in it. There is an appetite for that kind of sophistication. The hotel is already enormously successful. The condos have been successful but sales are slow over the summer. There were a lot of lessons learned on that project, and one was that we want to be an operator, not a developer.