Fuchsia Shoes Tap Into the Art of Sole Craftsmanship 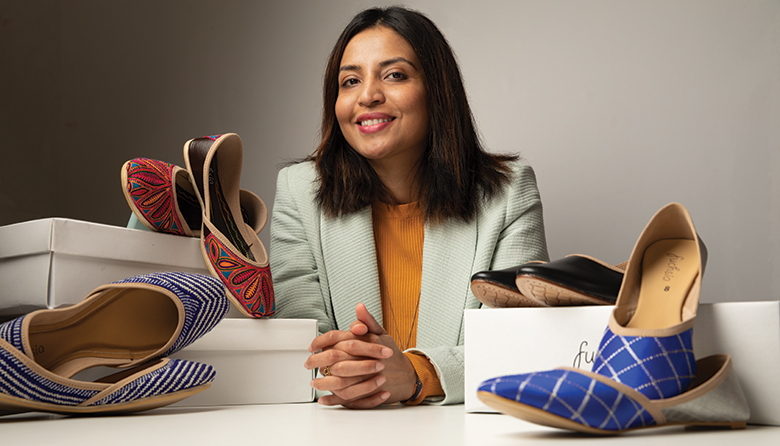 People kept asking Afshan Abbas where she got her distinctive shoes.

After six years with Microsoft and then two years at Kirkland technology startup Inrix, the Pakistani businesswoman decided it was time to introduce her shoes to the world.

A Kickstarter crowdfunding campaign in 2016 brought in more than $60,000 from some 700 backers to get the ball rolling. Now in a pre-seed fundraising round, the startup company, called Fuchsia Inc., is operating from a coworking space in downtown Seattle. It is currently focused on increasing production of its handmade flats, sandals, scarves and totes. The shoes are available through the companys website (fuchsiashoes.com) and sell for between $55 and $120.

There are 125 million artisans in developing countries making one-of-a-kind crafts, says Abbas, co-founder of Fuchsia and its chief executive. Thats what we envision that we are going to scale in a way that has never been done before.

Presently, Fuchsia employs a handful of artisans in Pakistan who receive a salary and benefits. Abbas eventually plans to partner with factories that will produce parts for Fuchsias craftspeople allowing them to focus on shoe assembly and the embroidery that gives them their distinctive style.

Perhaps we can build a sustainable model where we are creating economic opportunities for artisans who practice a dying art, she says.

Fuchsia next plans to hire local employees and to bolster its presence on Instagram. The company also is developing a scannable code unique to each batch of shoes. The code will give customers access to a detailed history of the product they purchase, down to the payment made to the artisan who stitched each item together providing a complete answer to the question: Where did you get those shoes?