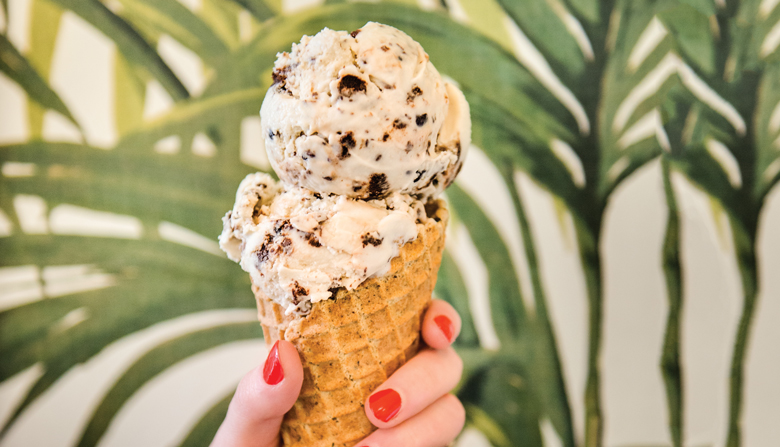 My skepticism about healthy sweets started when my mom first brought home a box of fat-free SnackWells cookies in the mid-90s.

In that case, the skepticism was justified.

I approached the vegan ice cream at Frankie & Jos with less skepticism because of the power duo at the helm: Kari Brunson, the juice queen behind Juicebox, and Autumn Martin, reigning wizard of chocolaty baked goods at Hot Cakes.

And justifiably so. Their new ice cream shop whose sunny, colorful interior seems more representative of California than Washington is unlike anything else youll find in Seattle: plant-based ice cream ($12/pint) crafted with nut milks made in house and coconut milk, sweetened with organic cane sugar or, in some cases, maple syrup or Medjool dates, and served in gluten-free waffle cones ($4$8).

Frankie & Jos also doesnt use gums or stabilizers, and all of its offerings are deceptively delicious. After you marvel over flavors such as salted caramel ash, gingered golden milk and beet strawberry rose sorbet, order the cocoa nib mint brownie, which tastes of fresh mint leaves and has a delightful crunch from the nibs and a nice chew from the gluten-free brownies. A surprise, in the best way.