"On the Spot: The Photographs of Al Smith" opens this month at MOHAI and will run until June 2018. 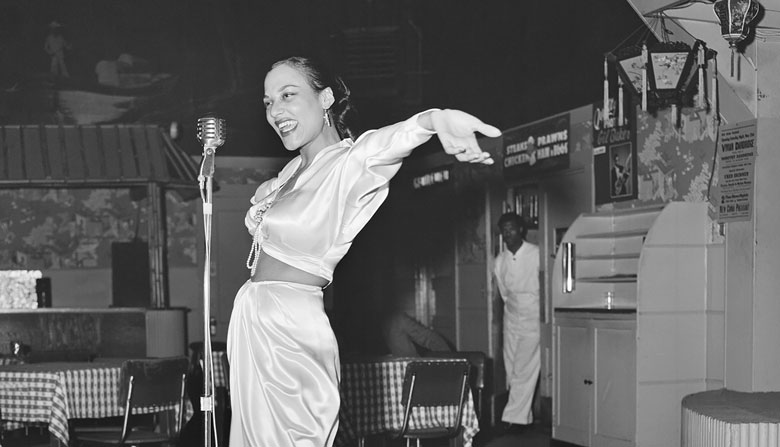 Albert Joseph Septimus Al Smith grew up above a grocery store in Seattle, the son of a couple from the West Indies who settled in Seattles Central District in 1914. He embraced photography early on he owned a Kodak Brownie camera by the time he was 12 in 1928 but it was mostly a sideline until he got more serious about it during the Depression.

By the 1940s, Smith had started a side business called Al Smith: On the Spot. He would shoot photos of entertainers and patrons at the jazz clubs and concert venues that lined Jackson Street in Seattle and then sell prints for 50 cents each a few days later.

He probably didnt consider it at the time, but Smiths body of work, which spanned more than six decades, would provide an astonishingly intimate chronicle of the African-American experience during the latter half of the 20th century in the Pacific Northwest. Smith died in 2008. Beginning this month, the Museum of History & Industry (MOHAI) presents On the Spot: The Photographs of Al Smith to give visitors a glimpse into Smiths historically significant collection, which has been donated to MOHAI by Smiths family. Curated by Howard Giske, MOHAIs curator of photography and a longtime friend of Smith, the exhibit showcases a collection as distinctive as the man who created it. It is one persons work, but it says a lot about Seattle and its people, notes Giske, who co-curated a similar MOHAI tribute to Smith in 1993-94. Al was as comfortable in church on Sunday morning as he was in a nightclub on Saturday night.

Seattle Times jazz critic Paul de Barros, author of Jackson Street after Hours: The Roots of Jazz in Seattle, considers Smiths work extraordinary. When you look at Als photographs, de Barros says, you dont feel like a visitor, but more like a participant, partaking in the joy revealed by his camera.