Need a warehouse in Omaha for eight weeks? Flexes online marketplace will find it for you. 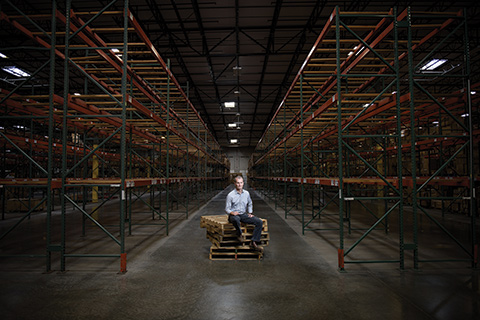 Amazon has poured tens of billions of dollars into building close to 100 highly automated ware-houses around the country to cut costs and reduce delivery times. That reality has put competitors in a quandary. How can they match Amazons capabilities without spending the same kind of money to build a similar network?

Seattle-based Flexe (flexe.com) thinks it has the answer with an Airbnb-style service that allows companies to rent warehouse space virtually anywhere in the United States.

Manufacturers or distributors that need warehouse space use Flexes online application to describe the amount of space they need, the kind of space they want (whether its food-grade or temperature-controlled), the location and how much they are willing to pay. Flexe pops up alternatives from among its partner list of 300 warehouses.

Amazon is raising the bar, and everyone else has to react to keep up with them, says Flexe cofounder and CEO Karl Siebrecht.

With most warehouses having an estimated 20 percent of excess capacity at any given time, Siebrecht figures there is a potential $140 billion worth of additional business for warehousing services.

Using Flexe, companies can store products closer to their markets so they can fill orders by cheaper ground transport rather than having to fulfill orders by air from distant locations. Arranging for space through Flexe also enables businesses to respond to seasonal changes in demand without signing long-term leases.

Siebrecht, who previously worked for digital marketing firms like aQuantive and AdReady, says the disruption occurring in the logistics business is huge. If Amazon can deliver from a nearby warehouse for $1.70, he muses, and it costs another company $9, well …

Siebrecht says the idea came from True Fabrications, a wholesale wine accessories distributor that was experiencing high growth. Because demand was seasonal, the company couldnt predict how much warehouse capacity it needed. It suggested the idea of a space-rental service to Siebrecht and became Flexes first customer.