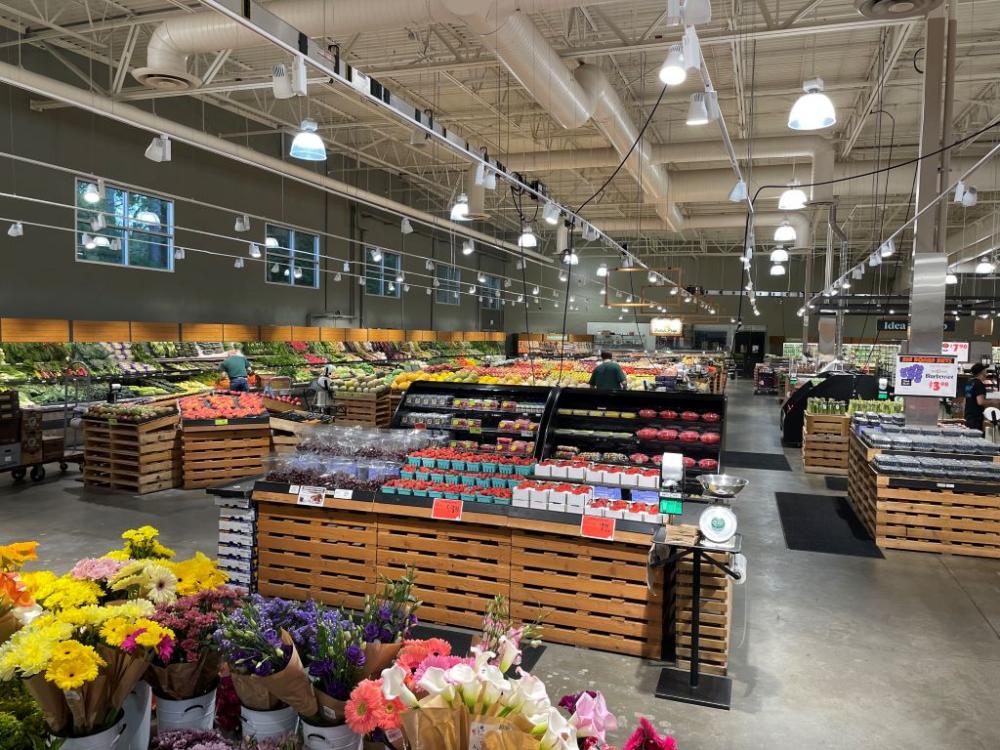 Dont call Town & Country Markets a supermarket or grocery store. At its heart, its an eating company.

We want to be really the place that people think of when they think they’re hungry and they eat, whether that means they want to cook something, or they want to come with their friends or family and enjoy a bite to eat, says Susan Allen, senior director of brand development at the independent grocer. We were working toward that already, but I think Covid really pushed us forward.

The 64-year-old, family-owned chain has just begun unifying all of its stores under the Town & Country name. Only two of its six stores on Bainbridge Island and on Lakemont Boulevard in Bellevue use the corporate name. Stores in Mill Creek, Poulsbo and Shoreline are under the Central Market umbrella, while its lone Seattle location is called Ballard Market. The 1,200-employee chain is planning a new store in Gig Harbor.

The chain, which launched on Bainbridge Island in 1957, is also expanding indoor and outdoor seating areas as customers purchase more grab-and-go items. During the pandemic, Town & Country launched delivery and curbside pickup services as it bulked up its e-commerce capabilities. It is revamping its website to make online ordering easier.

Chief Executive Officer Bill Weymer says the name change is a reaction to the world getting noisier and noisier, noting that having an integrated brand is critical as the company expands its digital presence. Only about 5% of sales come digitally, but Weymer, who has led the chain for 11 years, expects that number to double.

I dont know if it goes any more than that. And that includes curbside, which is probably 80% of our online orders, Weymer says. Supermarkets are high-traffic places. Concepts wear off fast and it takes constant attention to what’s next and whats relevant. This feels like the right time.

Independent grocers are gaining in popularity and now account for about 33% of all grocery sales in the United States, according to the National Grocers Association. Thats up 8% from a decade ago.

To not have that recognition makes it really hard when you try to either enter into a new community or you want to grow, she says, noting the reaction the company experienced when it opened its newest store in Bellevue. We were not known in that community and it was really amazing how many times we’d have to really explain who we are.

The revamped Mill Creek store was unveiled in September. Next up is the Central Market in Shoreline in 2022, followed by stores in Poulsbo and Ballard.