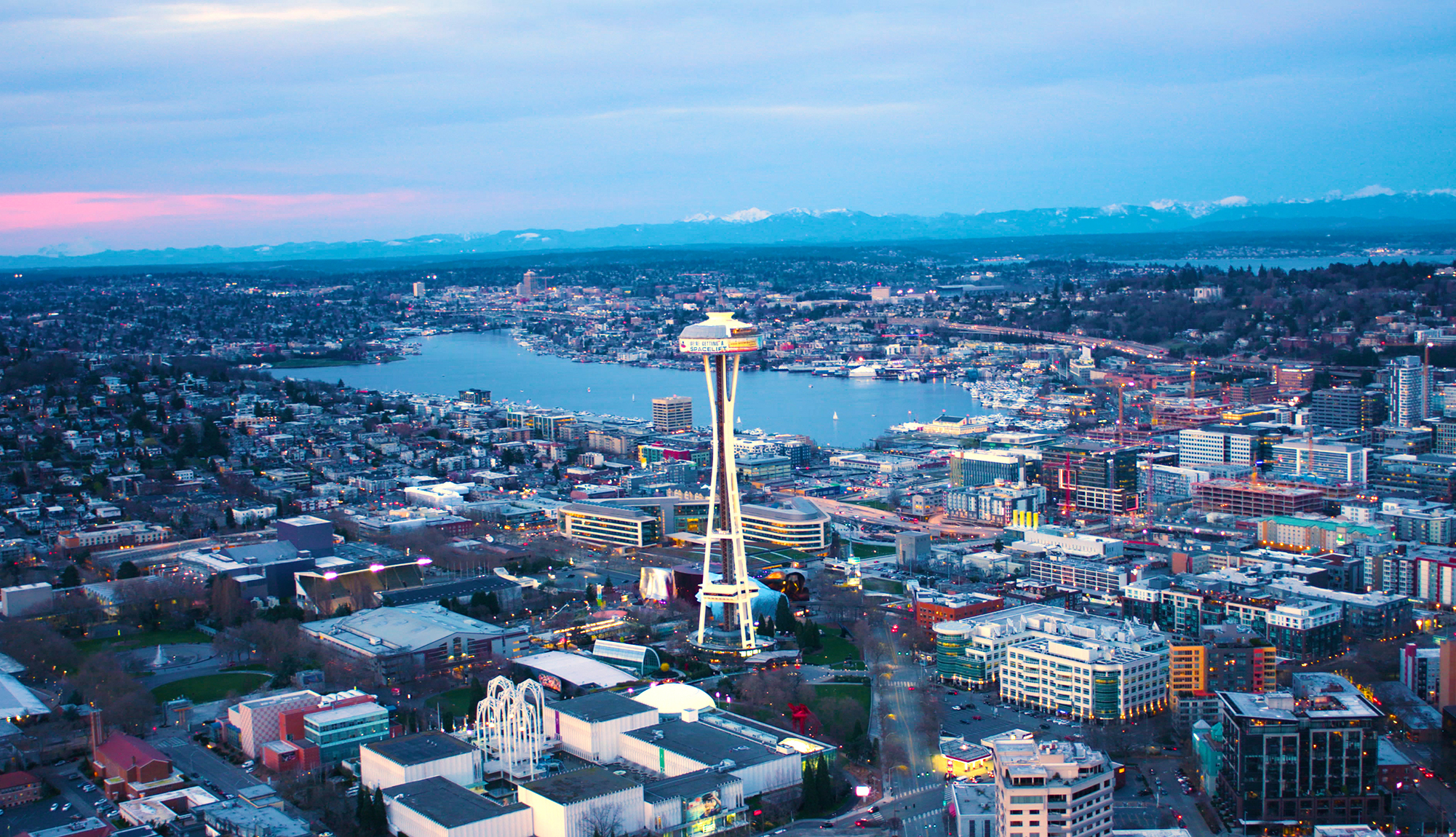 This story originally ran on SCC Insight. All photos below by the author.

On the afternoon of April 18, the City Council held a three-hour roundtable session with representatives from a variety of Seattle businesses and nonprofits, to hear their thoughts on the recommendations for a new employee-hours tax to pay for homelessness services. It was a surprisingly frank conversation.

The business environment in Seattle today is much tougher than it looks. Margins across many industry sectors and especially retail, hospitality, and non-profits are razor thin. Destiny Sund, owner of The Confectional in Pike Place Market, said that her entire profit in 2017 was $3000, and so far this year she has lost $20,000 . I feel like Seattle doesnt care if my business survives, she said. Margaret McCormick of the Benaroya Research Institute at Virginia Mason and Marc Cummings of the trade association Life Sciences Washington pointed out that the business model for most life sciences companies involves years of R&D without sustaining revenues just to develop products that might one day sell. That means even many medium to large sized biotech companies that are scaling up to reach production level are dealing with money crunches for several years, and a head tax would be particularly painful for them. McCormick also noted that just in the past year the tax climate for biotech has worsened, as the state rescinded its R&D tax credit and the City of Seattle let a tax law expire that granted some B&O tax relief to subcontractors on federal grants (Benaroya is a subcontractor on several grants through organizations such as Childrens Hospital). The speakers also discussed the challenges in finding affordable commercial, industrial, performance/arts, and laboratory-grade spaces to lease in Seattle putting further pressure on their businesses.

All were good reminders that revenues are not the same as profits, and business size (measured in either revenues or employees) doesnt equate with business success.

Many Seattle businesses are already investing in their communities. Some of this is informal; Gail Stringer, owner of the Hawaii General Store in Wallingford, told of how she brought the tenants of her building together for dinner after a late-night incident shook the small community. McCormick noted that Virginia Mason annually provides $25 million in uncompensated healthcare services to people in Seattle. Sara Osborne of Safeway related how the company gives out almost 2 million pounds of food each year on top of $1 million in grants, while Steve Hooper of Kigo Kitchen spoke to his restaurant companys partnership with Union Gospel Mission and other local nonprofits. Sund spoke of how she donates cheesecakes to local nonprofits as auction prizes. There was much discussion of how jobs are one of the primary contributions that companies make. Frank Foti of Vigor Shipyards described the jobs training program that his company runs in South Seattle, as well as their practice of hiring unskilled labor through a womens shelter close to their facility. Hooper and others emphasized that the hospitality and retail sectors are the industries of first jobs and second chances. Were not alone, Foti said. I wish you could see the business leaders I see.

They see severe impacts of a new tax on employers. They were not bashful in describing how a new tax might be the tipping point for their businesses. They shared a grave concern for what a new tax might mean for jobs. Saul Spady, owner of the Cre8tive ad agency, put it bluntly in comparing it to the recently-imposed soda tax which was intended to decrease soda consumption: If we do a jobs tax, were deciding that jobs are bad for you and we should have less… a per-jobs tax will discourage the number of jobs. Money is finite. Michael Schutzler of the Washington Technology Industry Association agreed, explaining the logic from a business owners perspective: If youre running a business, youre trying to minimize expenses… If you tax jobs incrementally, you will decrease the number of jobs. Safeways Osborne dug deeper into the link between employment expenses and jobs. She noted that with the $15 minimum wage (a frequent point of comparison in the discussion) Safeway chose to absorb the cost of the minimum wage instead of cutting jobs or passing the costs on to consumers, but that made Seattle Safeway stores profit margin half as much as stores in other locations. Jenne Oxford of Kimpton Hotels further explained that the minimum wage increase forced Kimpton to reduce the number of entry-level jobs in favor of hiring more senior people into those positions because they needed more experienced people with higher productivity in those positions to keep the business running.

Some of the speakers shared their concern that a new tax on employers to pay for the homeless response will mean that businesses will reduce their own philanthropy, if for no other reason than to balance the books.

Stringer said that she felt like she was being taxed to death, likening the situation to the Shel Silverstein book The Giving Tree, with only one apple left on the tree. Were just exhausted.

Several Council members were present for some or all of the session, including Bagshaw, Gonzalez, Herbold, Mosqueda, Sawant, and OBrien. All of them asked questions, though Sawant and OBrien directly challenged panelists at times. In fact, Sawant was openly hostile to a couple of the speakers, directly attacking their credibility (more on that at the end). At one point, Gonzalez defended her advocacy for a new tax by referring to her oath of office and quoting the preamble of the City Charter that she swore to uphold:

Under authority conferred by the Constitution of the State of Washington, the People of the City of Seattle enact this Charter as the Law of the City for the purpose of protecting and enhancing the health, safety, environment, and general welfare of the people; to enable municipal government to provide services and meet the needs of the people efficiently; to allow fair and equitable participation of all persons in the affairs of the City; to provide for transparency, accountability, and ethics in governance and civil service; to foster fiscal responsibility; to promote prosperity and to meet the broad needs for a healthy, growing City.

Gonzalez said that those words weighed heavily on her, along with the responsibility of the citys government to meet the basic needs of those who cant provide for themselves. Thats whats driving this for me. I take this mandate very seriously. Im trying to thread the needle between that and coming up with a policy that is fair and equitable given that we dont have a set of tools and resources to meet the need. She also said that she was trying to be fiscally responsible and to meet the business need. So what are the big take-aways from the roundtable discussion?

Here are a few post-meeting notes:

Finally, lets return to the less-than-warm reception that the business roundtable participants received from Council member Sawant, and to a lesser extent, from Council member OBrien. Both of them reacted defensively to the vocal assertions from Cre8tives Saul Spady (and others) that an employment tax could be detrimental to jobs. OBrien argued that not every tax is a sin tax, and brought up a counter-example of property taxes (a poor example, since high property taxes are one of several well-documented impediments to broader home ownership). Sawant challenged Spady to produce evidence that ties employment taxes to reduced jobs, arguing that the same proposition had been suggested for the minimum wage increase. (aside: it took me 30 seconds on Google to find this) At this point decorum broke down and a shouting match ensued over the dueling studies last year on the early outcome of the minimum wage increase.

Sawant reserved her most direct attacks, however, for Safeways Sara Osborne and WTIAs Michael Schutzler. She took her best shot at undermining the credibility of both organizations. For WTIA, an organization with about 1000 tech company members of whom Schutzler claims about 850 are small businesses, Sawant read off a list of some of its Presidents Club sponsors from its annual reportsuch as Amazon and Microsoft, and asserted that he therefore was not primarily representing struggling businesses. Heres a full listof WTIA member companies.

The knife really came out with Safeway, though, and this is also where Sawant went off the rails. Provoked by a comment by Spady that any taxes that causes Safeway to lose jobs is a bad one, Sawant responded with a prepared talking point that Safeway is owned by Albertsons, which has $59 billion in annual revenues. This time the response came from the audience instead of Spady, when several people retorted that revenues are not profits. Sawant simply responded, Its not a struggling business, to which the audience shouted back that it is. At the end of the next panel session, Sawant returned to the topic, reading another prepared talking point that Albertsons is on Forbes top companies list, so it couldnt possibly be struggling. Then she left the meeting.

Lets fact-check her claims about Albertsons.

Albertsons is a privately held company (its on Forbes Largest Private Companies list, as measured by revenues). Since 2015 it has been attempting to go public, but that effort has stalled out twice the second time when, during the run-up to its IPO, Amazon announced that it was buying Whole Foods. Nevertheless, Albertsons has continued to publish quarterly financial information in the hope that it can revive its IPO sometime in the near future.

Its latest annual report, published just last week, tells us that it had a rough 2017 fiscal year. If not for the Trump Tax reduction for corporations, it would have lost $917 million. Thanks to Trump, however, it had a profit of $46.3 million on revenues of $59.9 billion. Thats a profit margin of .08% about as razor-thin as it gets. It is currently attempting to merge with Rite-Aid to improve its business outlook, but even that is not going smoothly.

Sawant is dead-wrong on Albertsons. It is very much a struggling company, and with increased pressure from Amazon, its no wonder it hasnt gone public yet. As an economist, Sawant knows that revenues arent the same as profits, and that company size doesnt correlate with profitability. Yet she is once again willing to ignore clear evidence, spout misleading talking points and draw unfounded conclusions to try to score political points and discredit people who disagree with her.