Local business leaders say they are grateful for public health officials response to the crisis, but also stress more economic relief is necessary 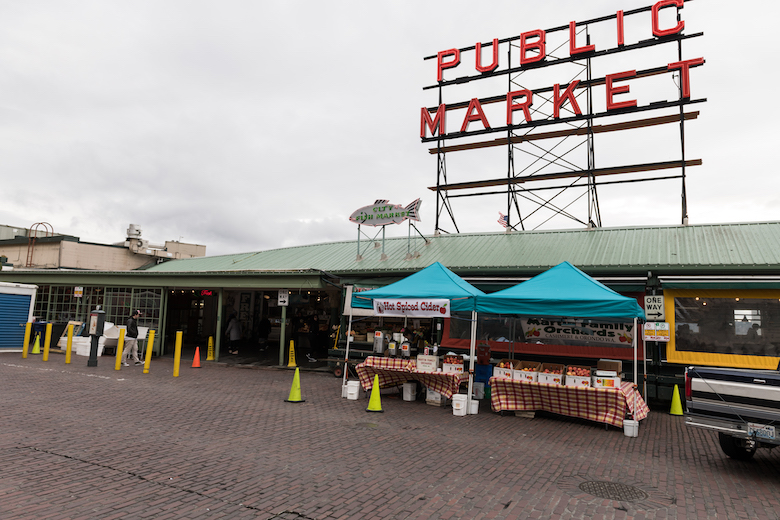 Gov. Jay Inslee raised the bar on defending against unchecked spread of the coronavirus (COVID-19) by prohibiting gatherings of more than 250 people in Seattle and across a three-county area through the end of March.

Inslee made the announcement, which affects King, Snohomish and Pierce counties, at a press conference today, March 11, pointing out that the coronavirus is at least 10 times more fatal than the flu and, if left unchecked, the spread of infections would overwhelm the areas health care system.

King County Executive Dow Constantine also spoke at the press conference, which was aired live by local TV networks, indicating that gatherings of groups of fewer than 250 people should not take place either, unless proper safety measures are in place to prevent the transmission of the virus. Those measures include social-distancing and sanitizing procedures as well as encouraging individuals 60 and older and those with underlying health conditions to not attend such events.

The prohibition on gatherings of more than 250 people will affect future sporting events, concerts, conventions and fundraisers, among other events, and is likely to last beyond March, Inslee says. The new event-size restrictions, combined with other social-distancing measures already occurring, such as remote working and self-quarantining, hit the consumer economy hard and consequently many area businesses.

As the hub for regional employment, arts, culture and tourism, downtown is coping with a sizable share of the adverse economic effects created by this public health crisis, says Jon Scholes, president and chief executive officer of the Downtown Seattle Association. Some downtown hotels are reporting a 40% to 60% decline in occupancy, and our restaurants, arts organizations and retailers have also been severely impacted by a steep decline in customers and revenue. A number of small businesses have made the difficult decision to close their doors or lay off employees.

It’s really bad, Rogers says. I’ve had to reduce all hourly employees down to 30 hours a week. Salaried employees are getting a 25% reduction in pay. I’m having to make hard decisions to weather this crisis out

Inslee says he appreciates the business communitys cooperation in dealing with the coronavirus crisis and their efforts to employ telecommuting strategies at workplaces. Inslee also says he is asking business leaders to find ways to build in social-distancing strategies into operations going forward for workers as well as customers.

Inslee adds that the capacity of the health care system is being stretched, so we need to address the demand on the system by taking proactive measure to reduce, as much as possible, the spread of the coronavirus. Scholes says we are in uncharted territory as a community and a country, adding that DSA is committed to advocating on behalf of its members for economic relief and preparing for the future and a recovery downtown.

Were grateful for the response of local and state public health officials, and for the DSA members who are stepping up to support those in greatest need, including Microsoft, Amazon, the Gates Foundation and the Seattle Foundation, which is bringing together businesses, government and nonprofits to provide financial support to struggling businesses, Scholes says.

The leadership of the private sector and our close partnership with the public sector is absolutely critical at this time. We strongly encourage those who are able to support these efforts.