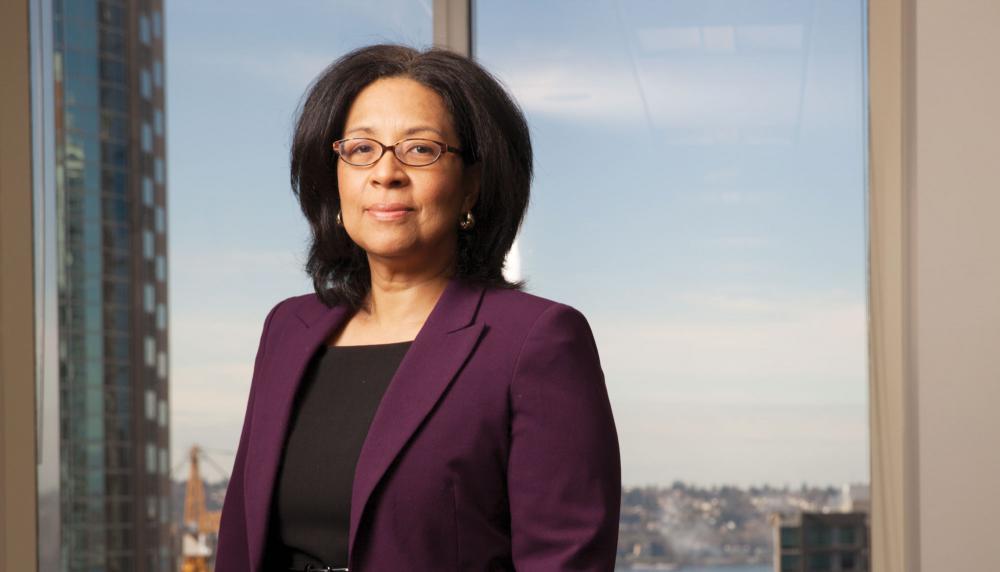 The leader of the Seattle Metropolitan Chamber of Commerce, Marilyn Strickland, is stepping down from her chamber post to run for Congress in 2020 in the 10th Congressional District.

Strickland has served as president and chief executive officer of the Seattle Metropolitan Chamber for almost two years. In a May 2018 interview with Seattle Business magazine, the former mayor of Tacoma said her major goal as the chambers leader is to change the narrative in Seattle that business is bad.

This morning, I declared my candidacy for the open seat and will run for Congress in 2020, Strickland said Thursday, Dec. 19, in announcing her congressional bid. I’m running to serve the district and our state with a focus on housing, health care, trade, climate change, job training, infrastructure and policies to help make the economy more inclusive and resilient for all of us.

The news of Stricklands candidacy for a U.S. House seat follows on the heels of Democratic U.S. Rep. Denny Hecks decision earlier this month to not seek re-election in 2020, indicating in a recent Medium post that he is soul weary from the countless hours of investigation of Russian election interference and the recent impeachment inquiry. He has served as Washingtons 10th Congressional District representative since 2013.

Strickland says she will step down from her role as president and chief executive officer of the Metropolitan Chamber at the end of January to devote her full attention to her bid for a congressional seat and because the chamber needs the undivided attention of its CEO. She says she will work with the chambers executive committee to ensure a smooth leadership transition.

The chamber, founded in 1882, employs the equivalent of about 27 full-time workers. It represents 2,600 companies an all-time high and holds almost 300 informational and networking events per year. Under Stricklands leadership, the chamber recently recalibrated its mission statement to stress equity and inclusion, both internally and in its interactions with members.

We want you to bring your authentic self to work, but sometimes organizations are not ready to handle that, Strickland said in a recent interview with Seattle Business magazine. When you arrive at the door to come to work, you don’t leave your personality behind.