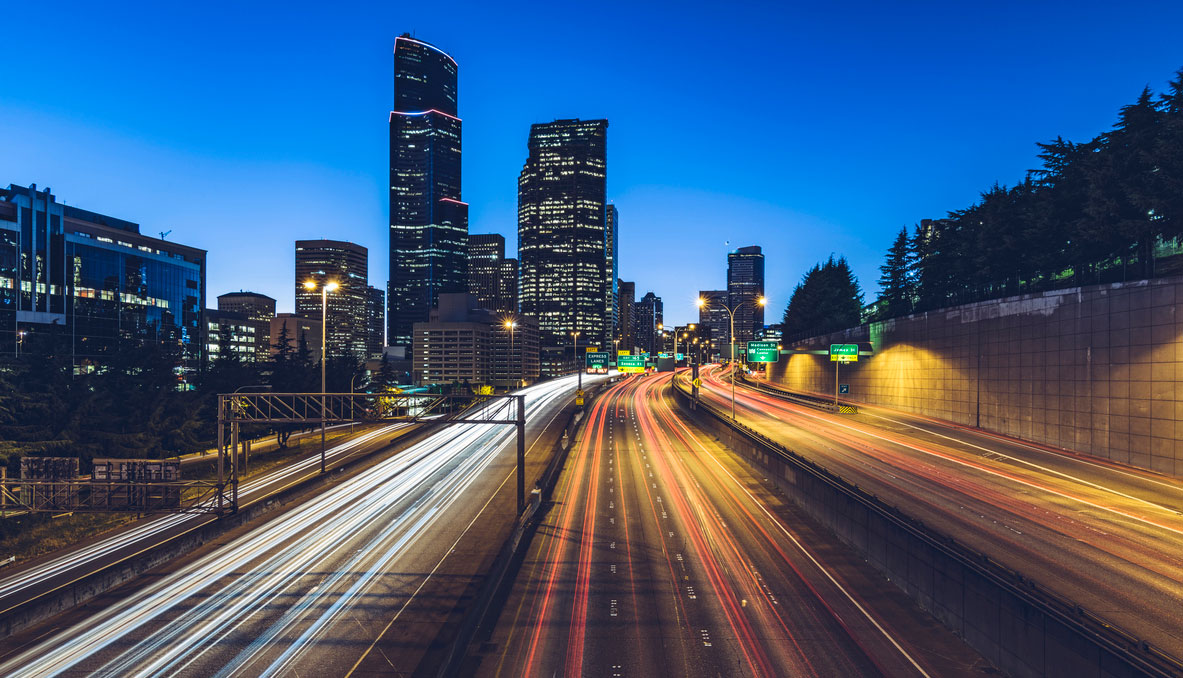 In a sudden and unexpected move today, Council President Bruce Harrell introduced a bill that would repeal the recently-enacted employee-hours tax (aka the head tax) and scheduled a special meeting of the full City Council for tomorrow to deliberate and vote on it. 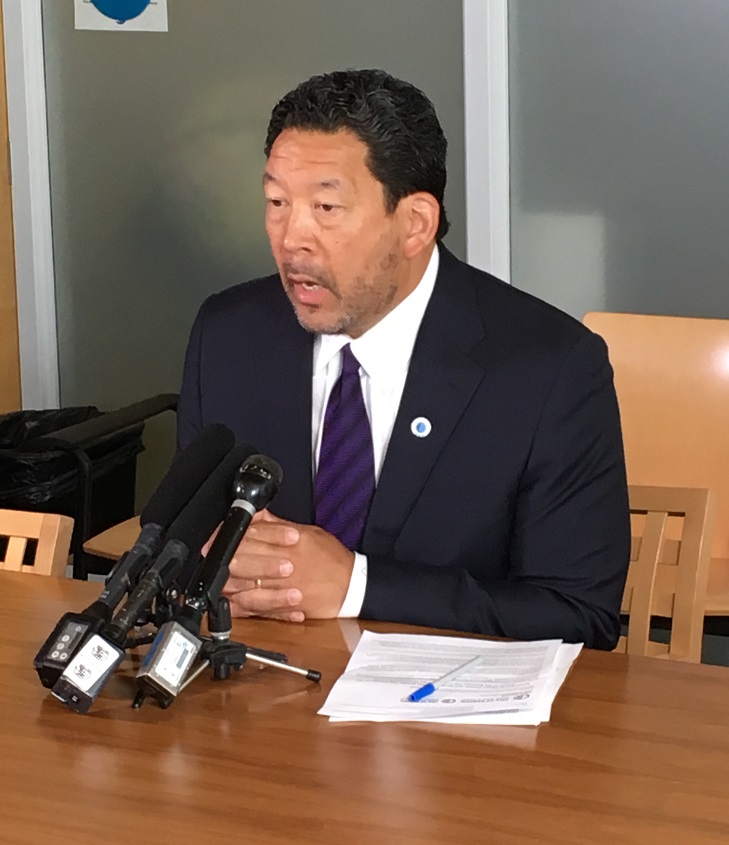 The City Charter forbids the Council from introducing and passing an ordinance on the same day (with the exception of paying the weekly bills), so with the repeal bill introduced this afternoon, tomorrow is the first day it could be passed into law. And indeed, Harrell has scheduled a meeting for tomorrow at noon in which that will likely happen.

The Mayor and seven Council members everyone except council members Kshama Sawant and Teresa Mosqueda issued a joint press release this afternoon stating their support for repealing the head tax and explaining their reasoning:

In recent months, we worked with a range of businesses, community groups, advocates, and working families to enact a bill that struck the right balance between meaningful progress on our affordability and homelessness crisis while protecting good, family-wage jobs. Over the last few weeks, these conversations and much public dialogue has continued. It is clear that the ordinance will lead to a prolonged, expensive political fight over the next five months that will do nothing to tackle our urgent housing and homelessness crisis. These challenges can only be addressed together as a city, and as importantly, as a state and a region.

We heard you. This week, the City Council is moving forward with the consideration of legislation to repeal the current tax on large businesses to address the homelessness crisis.

Lets unpack that a bit. Its certainly true that the head tax has been politically divisive ever since it was introduced last fall, and it hasnt cooled since the Council passed a compromise version into law last month.

The latest news and perhaps the precipitating event for todays announcement is that the No Tax On Jobs campaign has apparently collected enough signatures to place a voter referendum on the November ballot. According to the City Charter, the head tax ordinance would be suspended as soon as the referendum petition is filed with the City Clerk, and it remains suspended until the referendum vote is held. So indeed, the City Council and Mayor could contemplate five more months of heated political debate and expensive campaigning while the head tax itself is stalled.

Worse, the city is also gearing up to put the Families, Education, Preschool and Promise Levy on the November ballot. Having that side-to-side with the head tax referendum would likely change the demographics of the voter turnout in that election, and with it the vote counts for both measures. For more than a year there have been suggestions that tax fatigue is becoming an issue in Seattle; its fair to assume that no one in city government wants to test that hypothesis, especially with the critical program funding in the education levy.

When I asked council member Rob Johnson, the co-chair of the select committee developing the education levy, whether the head tax referendum and the education levy ending up together on the November ballot was a problem, he responded, I havent seen any research that links those two, but I would imagine that would have been a concern, and if the votes dont happen tomorrow then it will continue to be a concern. If the vote tomorrow is in favor of repeal, then I think it sets us up on a cleaner pathway for success in November.

The repeal bill apparently came together quickly; at least three Council members (Bagshaw, Johnson and Sawant) said that they only found out about it yesterday or this morning, after it was announced that the referendum campaign had secured enough signatures to make the ballot.

At a press conference before the afternoon council meeting, Harrell explained what had changed that made him propose the repeal now:

I think what has changes is that we continue to listen to everybody. Over the weekend, as an example, I attended several events, civic events, and across the board, advocates, liberals, conservatives, moderates, theyve all questioned a few things. Question number one, whether is this the right strategy, to impose a jobs tax, if you will, for the future of our city. Number two, whether we have convinced the public that we are even spending their money wisely and strategically to address the issue of homelessness. And before you impose a tax, I think, particularly when its as significant as the employee hours tax, I think you have to convince the public that you are using the money wisely. And I dont think that persuasion has been there. And people are quick to say well was it a mistake? It would be a mistake for us to do nothing right now, in terms of listening to the public, fighting the issue, and continuing to not really address the issues on the street, is what were about to do. So I think this is a wise move, to press the reset button, and examine how we address the issue of homelessness and affordability…

What I can address is that many people continue to support the employee hours tax that is true, and for good reasons. But the vast majority of people that I talk to, whether its at public forums or even through my email and through telephone calls, seem to be opposed to the employee hours tax and that strategy. And I think we have to listen to those folks.

When asked whether a replacement revenue stream was being developed, Harrell replied, As we speak right now, the answer would be no, that theres no ordinance being drafted or a clearly articulated replacement strategy. In fact that strategy should be developed and will be developed in the very near future.

The lack of a replacement plan is at the heart of why council member Mosqueda has stated her opposition to the repeal of the head tax. In her own press conference late this afternoon, she said:

When we negotiated $275 a year, that was something that all of labor said That helps us move forward, that helps us find a solution to get progressive revenue inside. Also, there has been a call from working families to say Help us identify progressive revenues so that we dont always have a sales tax increase, or property tax. What we have tried to put forward was the best idea at the time that came from both business and labor, came from the community at large, came from the task force after months of conversation. It was the best idea at the time. I am happy to support an alternative strategy, but I need to know that there is a proposal so that folks have a light at the end of the tunnel, so that there is housing on the horizon, so people can get off the streets and not continue to live and suffer outside…

I respect that we have been engaged in a conversation for a very long time where we all want to see the additional revenue. I respect my Council colleagues and the Mayor tremendously. I also am incredibly driven by the sense of urgency to get folks inside. For me this is a call for us to not walk away from the need for revenue to be in hand at the end of this year. We know that we had a path forward that would have allowed for us to have almost $50 million beginning at the beginning of January. I want to make sure that we have the assurances that there will be revenue, people will be housed, shelters will be open, and the healthcare needs of those who are living outside can be met.

While council member Gonzalez signed onto the joint press release with six of her colleagues and the Mayor supporting the repeal, she also put out her own separate statement that sounded a much angrier tone:

I am deeply troubled and disappointed by the political tactics utilized by a powerful faction of corporations that seem to prioritize corporations over people. The consequences of delaying action will be felt most profoundly by the thousands of people currently suffering while seeking stable housing and emergency shelter in our City…

It was my sound belief that a compromise on this policy had been reached with business, and as an elected official representing all of Seattle, I am deeply disappointed that certain members of the business community did not engage in good faith with the City of Seattle. Instead, they chose to double-down on polarizing the issue of homelessness and fostering divide amongst Seattle residents.

For her part, Council member Sawant took to Twitter to call the repeal effort a backroom betrayal and gave a fiery speech during the afternoons Council meeting. She has put out a call to her movement to pack City Hall for tomorrows noon meeting when the Council will take up the head tax repeal bill.

While nothing with this Council is 100 percent certain until the vote is taken, it appears that tomorrow seven Council members (all but Mosqueda and Sawant) will vote to repeal the head tax, and Mayor Durkan will sign the bill. Of course, what is good for the goose is good for the gander: just as opponents of the head tax organized to file a referendum petition after it passed, supporters of the head tax could file a referendum petition on the repeal. If that were to happen, it would need to be filed with roughly 17,000 collected signatures within 30 days of the Mayor signing the repeal into law, and it would be placed on the November ballot (the King County Elections deadline is August 7).